Not knowing Medicare rules is costing Americans millions in penalties! 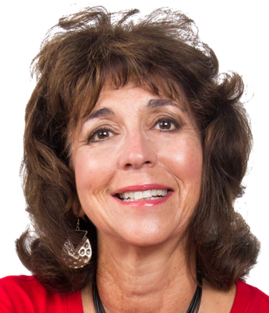 I need your help! I have just discovered that my mother, who is 67, never enrolled in Medicare Part B or D. She was under the impression that if she did not go to the doctor, she did not need to pay the premium because she needs the money to pay for her car payment and could

enroll later.  She has a huge problem because she has been diagnosed with colon cancer and she does not have Part B or a Medicare prescription drug plan. I called Social Security to help her enroll in Part B and was informed that she must wait until January 1 thorugh March 31 to enroll in Medicare Part B. The Social Security agent said that my mother has missed her “window of

opportunity.” She did not enroll when she turned 65 and now the penalty and delay of Medicare Part B is going to be very costly. Please advise me what I can do to help her? Thanks, Jeanine

Your mother has an extremely serious Medicare issue, because not only will she have

through March 31 each year for those that never enrolled in Medicare Part B. Her Medicare Part B will begin July 1, and she will receive a Part B penalty.

When your mother enrolls in Medicare Part B during Medicare’s General Enrollment Period, she will receive a Part B penalty which is a 10% penalty for each 12-month period and for her is 20% (two years x 10%) for as long as your mother could have had Part B but failed to enroll. This 20% penalty will never go away and remains in effect for the life of the Medicare beneficiary’s Medicare coverage.

For your mother to enroll in a Medicare Part D plan is another issue. She must wait until

the next Medicare Annual Enrollment which is from October 15 through December 7. The Medicare Part D plan will start January 1. The Medicare Part D penalty for is 1% of the national Part D average premium (and this also changes each year) for each month she could have enrolled in Part D from age 65 but failed to. Her Part D penalty will be that specific Part D 1% penalty for 36 months (as an example), for an extra monthly penalty cost and this amount changes as Part D’s premium and monthly penalty changes.

Currently, there are over 775,000 Medicare beneficiaries who are receiving a Medicare Part B and/or D penalty costing on average $5,000 in Medicare lifetime penalties because they did not enroll under Medicare’s Initial or Special enrollment periods.

Medicare enrollment periods are listed below:

one turns 65 and three months after one turns 65. This period is for those not working full-time

with company benefits or those not working receiving their Social Security check and are turning 65.

working full time with company benefits. This is an eight-month window of signing up for

Part B without receiving a Part B penalty.

Survival Guide is available at www.tonisays.com.