Keller: Pray & give thanks this Christmas season

As we prepare to celebrate Christmas, commercialism is the focus of the season more than the birth of Christ. Christians are as much at fault as anyone else. Gift buying,
Christmas trees, decorations, parties and getting a holiday from school or work becomes more important than the actual reason for the season.
Most of the 500,000 churches in America are busy making their church buildings look good for the expected visitors during the Christmas holiday season. Almost every church has a nativity scene. Some are real simple, but many have extravagant exhibits.
I’m reminded of a story I heard a few years ago about a priest who took great pride in his church’s nativity scene. People would come from other parishes just to see it.
This particular year, the exhibit was special. It was to be the biggest and most beautiful ever. The priest could hardly wait for Christmas morning. Late on Christmas Eve, he laid the image of Jesus in the crib so that early arrivals at church would witness the Child, Jesus, in the manger.
Early Christmas morning, before the start of Mass, the priest walked down the church aisle to check if everything was in order. On his way back to the sacristy, he passed beside the nativity scene to say a Christmas prayer of greeting to the Christ Child. Everything was in perfect order. He sighed with relief. However, when he looked into the manger, it was empty. The plastic doll representing the Christ Child was gone. He was outraged! Who would do such a thing? He looked throughout the church for the lost image of Jesus, but to no avail.
The priest reported the theft to the congregation that assembled for the first Mass. In a voice, stern and trembling with outraged emotion, he spoke of the shocking nature of the deed and of the dreadful sacrilege that had been committed. He commanded that the Christ Child be returned before Christmas Day was over. He repeated the story of the crime at each Mass, and with each service, his anger increased. After the last Mass, he was exhausted – still no Christ Child.
As usual, he went outside to walk and do his evening meditation. He noticed Johnny, a 6-year-old young lad, who came from the poorest family in the congregation. From a distance, he saw that Johnny had a new, bright red wagon. The priest was excited to see that Johnny had received a Christmas gift. Because of the poverty in Johnny’s family, he was afraid that he would be disappointed.
The priest quickened his steps and overtook the little boy, intending to wish him a Merry Christmas. As he drew near, the priest noticed the wagon was not empty. It contained, in fact, the figure of the Christ Child that had been missing.
Needless to say, the priest lost his cool and began lecturing Johnny that stealing was a sin. Poor little Johnny began to cry as the priest continued to tell him that to rob the church of such a sacred image was a very great sin.
Johnny looked at the priest with teary eyes that seemed guiltless. “But, Father,” the small boy said, when at last the priest had finished his tirade, “I didn’t steal the Christ Child. It wasn’t like that at all. It’s just that I’ve been praying to Him for a red wagon for a Christmas present and I promised Him if I got it, I’d take Him out for the first ride.”
The moral of the story is that we have to become like little Johnny to enter the Kingdom of Heaven. Johnny had faith, prayed, and after receiving, he gave thanks. 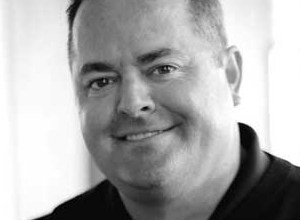 Boomerangs: What both sides should consider before working together again 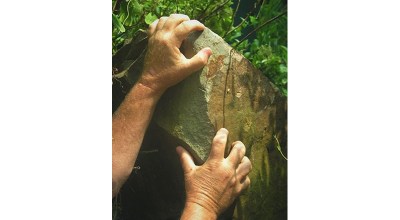 The Master’s hand can heal you

The King of Kings amazes me endlessly