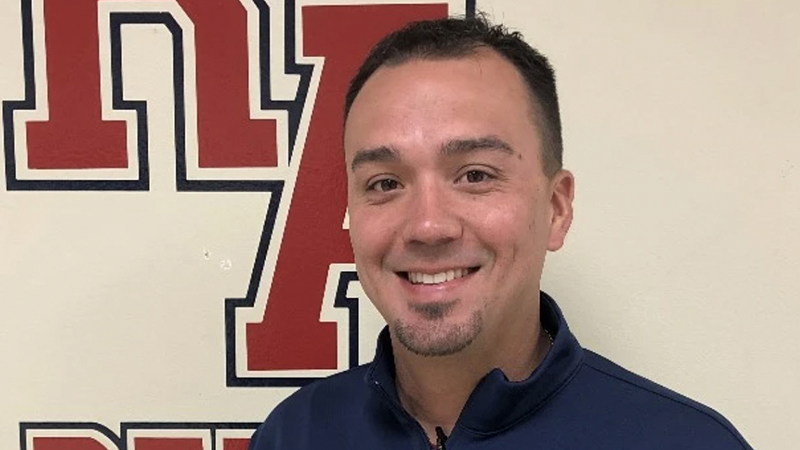 Riverside announced Roussel’s appointment as head coach on December 3, two weeks after Coach Kevin Dizer stepped down from the position.

Roussel, 36, has coached at Nicholls for the past seven years. He’s previously served on the coaching staff at Rummel, Lutcher and St. Charles Catholic.

Roussel has been invested in the football culture of the River Parishes as long as he can remember. As a child, he looked up to local high school athletes as if they were NFL legends.

“I grew up in the River Parishes, played at Lutcher and coached there. An opportunity to be back where I call home and to have my kids come to school with me every day was important to me,” Roussel said. “I’m coming to a place that I’ve seen at the top. I know the administration and board have the same vision to see us be successful. That excites me. I know how important football is to the alums and to the River Parishes, and I want to give them the product they want to see on the field.”

Roussel said the football culture of Southeast Louisiana, particularly in the River Parishes, is something that can’t be replicated elsewhere. The passion for football shines among those who proudly display school colors long after they have left the campus. It shows in arguments about wins and losses, quarterback clubs that come out in full force to back their teams, and in the industries along the river that show their support through sponsorships.

“If you look at the roster we built at Nicholls in 2018/2019 when we won a couple of conference championships, I’m willing to bet we had 20 kids or so just from the River Parish region. A few of them were from Riverside and East St. John,” Roussel said.

Roussel’s first job out of college was coaching right down the river at St. Charles Catholic. He later coached at his alma mater, Lutcher High School, where he was fortunate to help lead the 2008 championship program. Before landing at Nicholls, Roussel also had a five-year stop at Archbishop Rummel that included back-to-back state championship wins in 2012 and 2013.

Coming back to the high school level after spending seven years on the college field isn’t much of a change; when it comes down to it, football is still about blocking, tackling, lining up and getting in the right formation. Hard work is the recipe for success at any age.

Most of all, football is about people, and Roussel embraces the opportunity to shape a young person’s outlook on life. Roussel said no detail is too small, and he believes Riverside has a roster talented enough to win.

While this is Roussel’s first time stepping into a head coaching position, he has learned from the best alongside several Hall of Fame coaches, including St. John Parish’s Frank Monica.

“Our decision to go with Lee Roussel was easy,” Luquet said. “We were fortunate to have two of the brightest young football coaches out there with Kevin Dizer and now with Lee coming in behind him. He’s going to do a fine job with creating the type of student athlete we are looking for.”

Luquet added that the importance of a strong football program to the culture of a school cannot be understated.

“Football kind of drives the atmosphere that we have at school. That’s true of all schools in South Louisiana, but it’s more important in the River Parishes. Successful football programs make your community and your student body bond together to make the school year special. There’s a big difference between an 8-2 and a 2-8 football team, and you can feel it in the building itself,” Luquet said.

Riverside Principal Holly Haase said the decision to select Roussel was simple. Roussel’s experience with winning programs at the high school and college level, combined with his familiarity with the River Parishes, makes him the perfect fit for the Rebels.

“We know that is critical to our success, and we know he is the right guy to bring Riverside’s football program to the next level,” Haase said.

A public meet and greet with Coach Lee Roussel will be held at 6 p.m. Tuesday, December 7 inside the Riverside Academy gym.