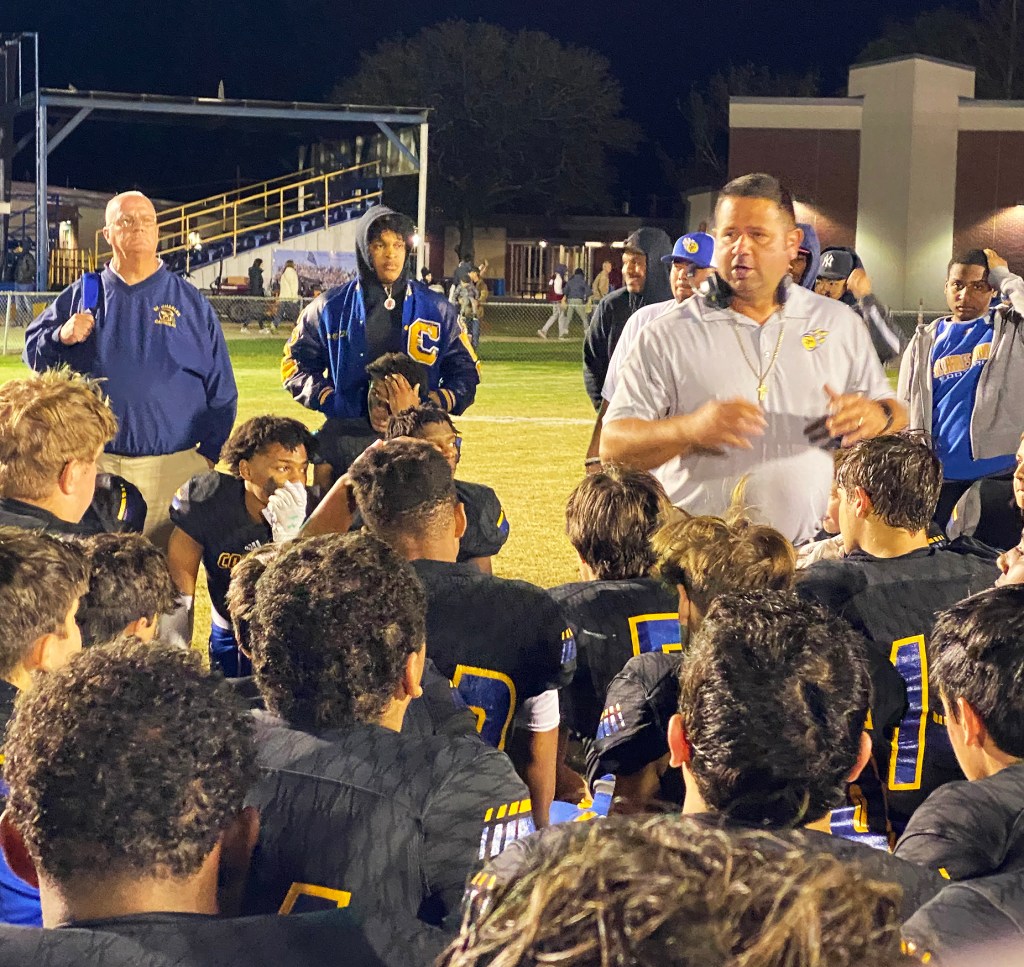 LAPLACE — There’s a lot of familiarity between the final four teams in the LHSAA Division III football semifinals.

After a sweeping 27-0 victory against Dunham in last week’s quarterfinals, No. 3 St. Charles Catholic advanced to the semi-finals to face No. 2 Notre Dame.

On the other side of the bracket are No. 5 Isidore Newman and defending state champion Lafayette Christian, the team that defeated the Comets in the finals in 2019 and 2020.

This year, the Comets are equipped with a stellar defense that has only allowed three touchdowns all season. But head coach Wayne Stein said the Comets aren’t thinking about the possibility of facing Lafayette Christian in the championship for the third year in a row. Their focus is fully on Notre Dame and advancing past the semifinals.

“You just don’t look at the other side. You look at the task at hand, and if you’re lucky enough to advance, you worry about that next week,” Stein said. “Playing Notre Dame is a lot like playing yourself. They’re disciplined hard, they start in an I formation just like us. Their kids are always in the right spot, which I like to think, most of the time, we are too. They’re not going to give you anything. Whoever plays well is going to win the game.”

St. Charles Catholic would have been the second seed had the Comets not lost power points from De La Salle’s forfeit earlier this season. But Notre Dame is still a formidable opponent with a 9-2 record for the 2021 season, having only suffered losses against Teurlings Catholic and Lafayette Christian.

The Comets will have to be on top of their game just as they were last week against Dunham. During the quarterfinals, Austin St. Pierre shined with six catches for 74 yards and two touchdowns. Zack Vicknair was another top contributor for the Comets with 15 carries for 100 yards and one touchdown, and Ayden Authement added another two touchdowns.

“We played well on all three phases. Obviously, there are still things we can improve on, but it was a total team effort once our offense got rolling. Defense never broke and let them get into the end zone, and they were solid on special teams,” Stein said. “It was big because, since the Newman game five weeks ago, we haven’t really played an opponent that took us to the wire.”