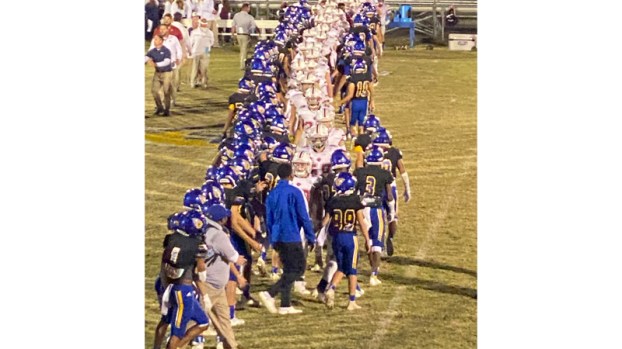 The St. Charles Catholic Comets are seen on field Friday night alongside the Dunham Tigers. 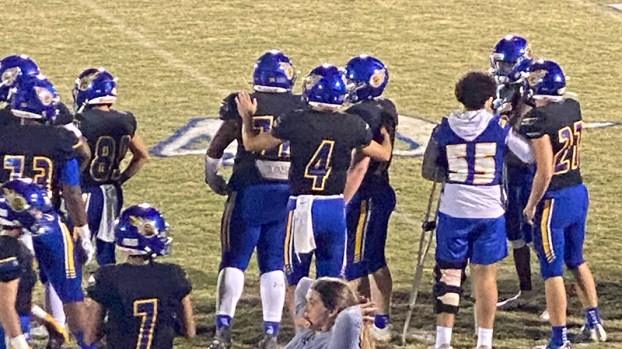 The Comets encourage each other pre-game at the Comets Stadium in the Division III quarterfinals. 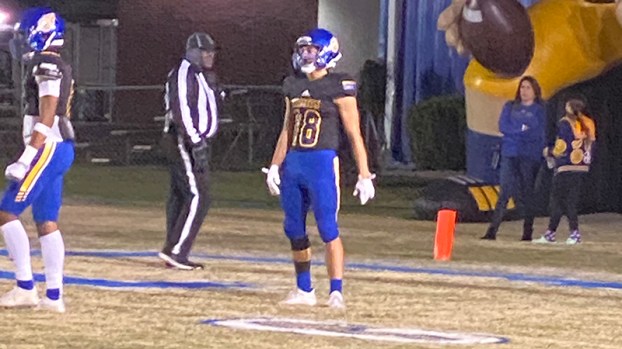 Dillon Brown is pictured during warm-ups, preparing to catch a punt. 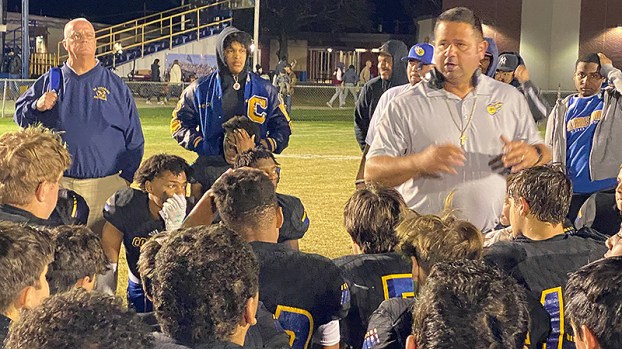 LAPLACE — St. Charles Catholic hosted Dunham in the second round of the LHSAA Division III football playoffs after having a first round bye. The Comets emerged with a 27-0 win and will advance to face Notre Dame in the semifinals.

The Comets went into this game with an 8-0 season this year to earn themselves another run at the state championship after having been to the finals in the last two years. The Comets’ defense, led by Moses Clark and Kaiden Jones, have been a strong factor in that undefeated season, not allowing teams to score more than 14 points on them all year. Fans saw some awesome defensive play as both teams went scoreless in the first quarter. The second quarter showed the Comets’ offensive assault take off as they scored twice. Ayden Authement made a five-yard touchdown pass to Austin St. Pierre, and Zack Vicknair scored a 700yard run which made the score 13-0 by the end of the first half. Dunham tried hard to score, even using much of the time on a long march up the field which ended in a failed field goal that left the Comets ahead 13-0 to close the first half.

The third quarter was even more exciting as the Comets held fast to their lead but kept their defense strong. Another long drive with no field goal or score by Dunham made their defense work extremely hard to keep the Comets from adding to the scoreboard. The Comets also lost many yards due to penalties, but Dunham’s Tigers couldn’t capitalize. There were many exceptional passes and good plays, but neither team scored again in the third quarter. The Comets opened up the fourth quarter with a touchdown and extra point, which increased the Comets’ score 20-0 and their chances of winning. Kaden Foster grabbed an interception and ran 45 yards in for the touchdown, which made the score 27-0 for the Comets.

The Dunham Tigers put up a valiant effort but just could not stop the Comets. The Comets will advance to the next round with another win added to their undefeated season, final score 27-0. The Comets advance to the Division III state semifinals next week to face Notre Dame. Congratulations to the St. Charles Comets for their magnificent win tonight.