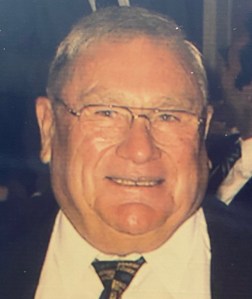 Gerald J. “Cosmo” Perilloux, 85, died at his home in LaPlace on the morning of October 13, 2021, after a long and difficult battle with numerous health issues.

He was a retiree of Kaiser Chemical Co. in Gramercy where he worked in a variety of positions including welder and pipefitter.  He was also a farmer, commercial fisherman, owner of Cosmo’s Seafood Restaurant, Perilloux’s Produce and Cosmo’s Seafood Wholesale Co. among many different lifetime jobs and occupations.  He was a tough, hardworking man, a person of deep convictions, principles and integrity and was always available to help a neighbor, friend or even a stranger in need.

In 1975, he “rediscovered” the old Civil War cannon that currently sits in front of the Percy Hebert Building and was instrumental in its retrieval from Lake Pontchartrain in 1977 and ultimate placement in front of the St. John Government Complex in 1983.

He was dearly loved by his family and his strong paternal presence will be immensely missed.  He is also survived by his brother, Bruce Perilloux (Joan), his sister, Sandra P. Pounds, his brother-in-law, Brent Vicknair (Laura) and Ricky Vicknair (Lynn), and numerous nieces and nephews.

As per his wishes, there will be no funeral service. A private family gravesite memorial will take place at a future date at St. Peter’s Cemetery in Reserve.  In lieu of flowers or cards, donations to charitable causes are preferred.