October is prime time for National Sports Day. That’s why on October 16th, the fans, families, and athletes of all the sports converge to celebrate their favorite athletic events. All disciplines of a sport take the field, from the youngest to the seasoned professional.

Gather your friends to enjoy watching your favorite team. Get out and play, too. No matter your skill level, relishing the challenge and physical activity will be worth it.

Best Friends Animal Society announces Oct. 16 as National Community Cat Day. For decades, this day has been known as Global Cat Day or National Feral Cat Day, but this year Best Friends has changed the name to raise public awareness of the risks faced by community cats, stray or outdoor cats, often cared for by one or multiple people in the community.

“Managing community cats is key to helping us reach our goal of ending the killing of cats in America’s shelters by 2025,” said Julie Castle, CEO of Best Friends Animal Society. “These animals are the most at risk in our country, and it is critical that we have nationwide implementation of Trap-Neuter-Vaccinate-Return (TNVR) to save lives.”

Best Friends and other animal welfare organizations are moving away from the term “feral cats” to describe all cats that live and are seen outside, instead using the term “community cats.” Not all cats that live or roam outdoors are feral, and many are friendly, social or shy, outdoor pet cats, or even house pets that go outside. Some like to interact with people, while others are skittish and keep to themselves, but they are established animals in their communities and loved by their caregivers.

Compared to dogs, cats are killed at a rate of 2:1 in America’s animal shelters, and community cats make up a large portion of those killed. Last year, 68% of animals killed in shelters were cats, meaning that more than 201,000 cats were killed in shelters in 2020. National Community Cat Day seeks to address the need for public understanding and adoption of policies and programs to humanely protect and manage community cat populations.

National Dictionary Day on October 16th defines celebration as it commemorates the birthday of Noah Webster.

Webster completed his dictionary during his year abroad in Paris, France, at the University of Cambridge. His book contained seventy thousand words, of which twelve thousand had never appeared in a published dictionary before.

An unusual ghost town suddenly appeared in Utah when a drought caused the Rockport Reservoir in Summit County to start drying up, reports the Association of Mature American Citizens [AMAC]. Photographer Devon Dewey visited the reservoir and used a drone to record a bird’s eye view of the scene.  “It was really interesting to be standing at an overlook for the reservoir and to see faint traces of foundations of old homes and a road all below where the water would normally be. The whole area is pretty flat and uniform, so even though the foundations are old and mostly gone, you can still see them clearly.” 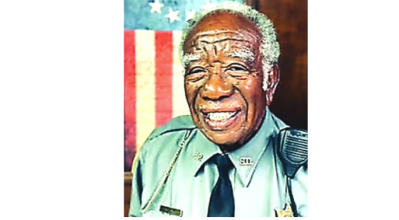