Katie Klibert of LaPlace has been appointed to the Port of South Louisiana Commission.

The Port of South Louisiana serves to stimulate commerce and industrial development throughout St. James, St. John the Baptist and St. Charles parishes, which make up the port jurisdiction.

Klibert is a community relations and business development manager at REV Broadband. She will represent St. John the Baptist Parish.

In other local news, Dr. Robert R. Newsome of LaPlace has been appointed to the Patient’s Compensation Fund Oversight Board.

The Patient’s Compensation Fund is an off-budget unit of the state which is 100% self-funded and not pooled in the general fund. The Fund was created in 1975 to provide an affordable and guaranteed medical malpractice coverage system for the private healthcare providers in the state.

It essentially plays the role of an “excess insurer” of private healthcare providers. The law allows a provider to have financial responsibility for the first $100,000 of exposure per claim whether through insurance or security deposit and enroll in the Fund for the excess coverage and be under an umbrella of the cap on damages. The vast majority of health care providers are enrolled in the Patient’s Compensation Fund and pay surcharges for the coverage and protection provided. The Patient’s Compensation Fund provides protection for the healthcare system, keeping costs down, and providing a guaranteed pool of funds to pay those citizens injured from medical malpractice of private health care providers.

Dr. Newsome is a radiologist for Southern Radiology Consultants. He will serve as a medical doctor representing the class of health care providers contributing to the greatest percentage of fund’s aggregate surcharges.

Dr. David M. Broussard of Metairie was also appointed to the Patient’s Compensation Fund Oversight Board. Dr. Broussard is chair of anesthesiology at Ochsner Medical Center. He will represent the class of health care providers contributing to the greatest percentage of fund’s aggregate surcharges. 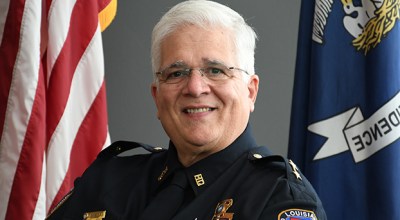 The Journey Home assists veterans in aftermath of Hurricane…