Trying to find your ‘Why’? Maybe you should concentrate on your ‘When’ 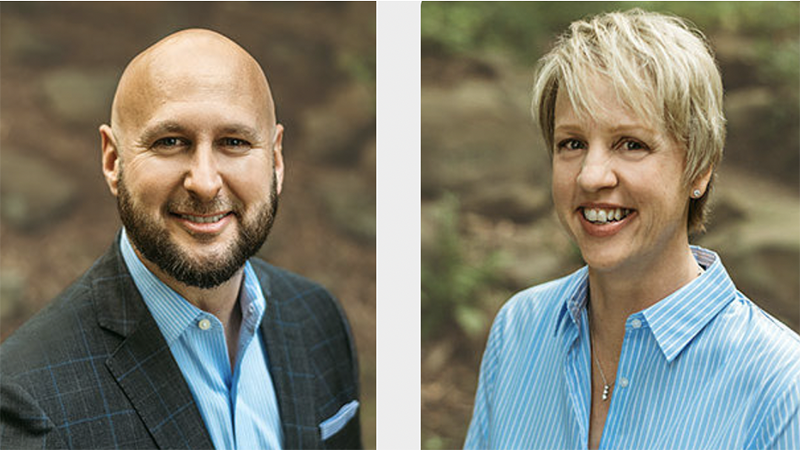 It’s become a truism in some circles that the road to success and fulfillment involves finding your “why.”

Once you’ve found that “why,” the thinking goes, you are on your way to purpose and fulfillment.

But perhaps latching onto your “why” actually involves discovering your “when.” Maybe “when” we exist on the continuum of our journey is what provides the key to harnessing your greatest opportunities for change, growth, and development, says Amy Simmons, who with her husband, Rick Simmons, is the ForbesBooks co-author of Unleashed: Harnessing the Power of Liminal Space.

“Along our paths through life there are inflection points that can pave the way for us to make course corrections that transform us and can accelerate us in the direction of our best selves,” she says.

The Simmonses, co-founders of the telos institute (www.thetelosinstitute.com), which helps business leaders embrace change as a strategic advantage, call the inflection points “liminal space.” The word “liminal” means to be in an intermediate state, phase or condition. In other words, a transition that creates an opportunity for change – for those who are open to it.

“Nearly all of us have been shaped by those moments,” Rick Simmons says. “Everyone has experienced periods of discontinuity – a parent passing away, the end of a relationship, the loss of a job, the challenge of navigating a foreign situation or environment.”

While such events may be difficult to face, he says, they also help individuals locate previously untapped ideas, strengths and solutions that can catapult them to new heights personally and professionally.

Sometimes it’s clear that a transition or disruption is happening, such as when the COVID-19 pandemic emerged, drastically altering businesses and lives. The businesses that performed best were those able to innovate and adjust to the changes the situation forced on them.

In other instances, though, the move into a period of transition or instability happens slowly and subtly, so that those affected don’t have a firm grasp on what’s happening. The ability to identify and understand the changes that are occurring is critical to being able to use the disruption as an opportunity for growth, Amy Simmons says.

She gives as an example a client in the healthcare industry who asked the telos institute for help with what was considered a “people problem” in a lab. The client thought the problem was a particular supervisor, but the difficulty was much larger. For several years, people had been retiring or leaving for other reasons, and rather than replace them, the company had directed their responsibilities to one employee – that supervisor in question.

Over time, the supervisor became overwhelmed with unrealistic demands. Because all those departures had taken place over several years, rather than all at once, the company failed to realize it was in a time of transition and had used stopgap measures when what was needed was a new management structure.

​​”Once we helped the organization identify the point in time they were on the continuum, they were able to address the issues they were having, make real progress, and cut that supervisor a break,” Amy Simmons says.

Once someone understands they are in a transition period and learns whatever lessons emerge, the final step is about living what they have learned over the long haul, Rick Simmons says.

“When what you’ve learned is sustained,” he says, “your thoughts, belief system, and behaviors are all in alignment, generating immense power.”s

Rick Simmons and Amy Simmons, the ForbesBooks authors of Unleashed: Harnessing the Power of Liminal Space, are co-founders of the telos institute (www.thetelosinstitute.com), which helps leaders in business and industry hone their leadership skills, optimize their business strategy and embrace change as a strategic advantage. Rick Simmons is the chief executive officer at telos. Prior to founding telos, he spent 10 years in various senior strategy and sales leadership positions within the financial services industry. Amy Simmons is the chief experience officer at telos. Prior to the company’s founding, she spent 14 years in various coaching, training, career management and recruiting roles.

Yes, you really need to learn how to say no;…