Weird garden critters can be unique 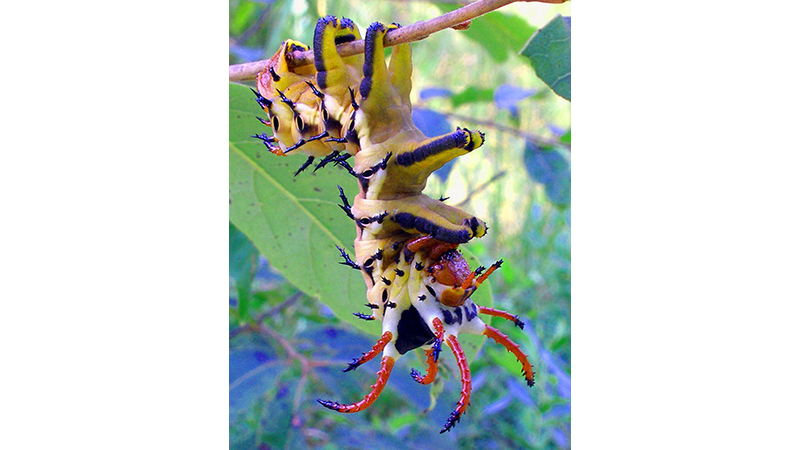 Found another weird critter in my garden, but, after calming down, let it live out of admiration of its uniqueness.

Maybe because I was raised as part of the intricate web of garden wildlife. My notebook-toting great grandmother, a published naturalist, tended a large landscape carved out over half a century to include smaller “rooms” for fruits, vegetables, herbs, wildflowers, and plant collections.

My own home grounds included a big meadow lawn and a small copse of woods, each with its own kinds of natural flora and fauna. It bordered a slow-moving bayou which, back in those early days of powerful agricultural pesticides (DDT was a thing then), still teemed with diverse aquatic life, from giant loggerhead turtles to see-through freshwater shrimp.

My mother, an avid self-taught wildlife enthusiast, had identify birds by their songs, stick straws into pencil-size holes to catch doodlebugs, entice dragonflies to land on slender sticks, find tree frogs with flashlights, and catch fireflies and fast-moving iridescent-green tiger beetles (adult doodlebugs) in jars, and chameleon-like anole lizards by hand. She taught us to live-and-let-live alongside spiders and huge cicada-killer and wingless “velvet ant” wasps.

As we fished the bayou banks and raked its mucky bottom for soft-shell turtles and bizarre sirens (little eel-like salamanders with gills and tiny front legs) we learned to quickly identify which snakes were venomous and which, like speckled king snakes, were to be left alone because they ate stuff we’d rather not have around, including venomous snakes.

So, I had ample opportunities to examine unusual wildlife up close, with grownups who cared enough to explain what they could and get us to look up other stuff. In books. Before hand-held internet devices.

One experience when I was ten years old sealed my lifetime of learning about garden wildlife. While watching butterflies on a large abelia shrub, I came across a flying creature that looked like a big bumblebee but hovered like a hummingbird. Never saw anything like it.

After I carefully netted it (avoiding being stung), I put it in a quart canning jar with holes punched in the lid, and my mother had me bicycle it over to the county Extension Service office. The agriculture agent there took time from his busy July day to look it up for me in his entomology book, and identified it as a “clear-winged sphinx moth.”

To this day I will never forget that man’s taking time to help a curious kid ID his first hummingbird moth. But he opened to me a world of knowledge bigger than what I had at home, and inspired my lifetime of learning more about how to learn more, and share with others.

There are other hover moths, of course, and giant colorful night moths and poisonous caterpillars. And birds, bats, and flying squirrels. And native bees and pollinating flies that look like yellow jackets, and giant spiders, both the wolf spiders in the grass with dozens of babies on their backs and the large yellow-and-black orb weavers that were nearly the size of my childhood hands.

Other oddities I learned about and even admire included giant slugs, twig-like walking stick insects, olive-green “stinkworms” that lived deep in the soil and twisted up like curly fusilli pasta noodles when caught. Oh, and the slimy carnivorous flatworms called “shovelheads” with their dark, quivery, triangular heads; these are among the creepiest, not only because of their looks but also how they eat snails, slugs, and the occasional hapless earthworm.

So, yeah. A garden is more than pretty flowers. It’s a microcosm of the world, worth admiring for its bizarre intricacies. 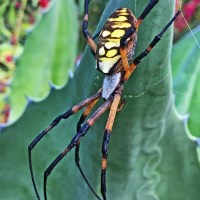 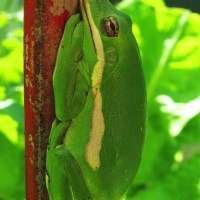 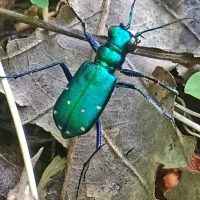 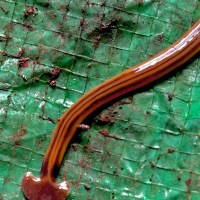