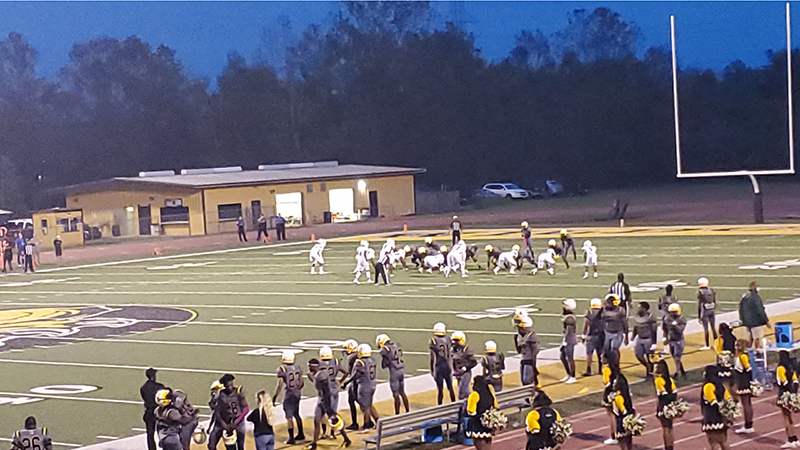 RESERVE — Friday night football was in full swing October 1 as the East St. John Wildcats played the Hahnville High Tigers in strong defensive match that ended with the Wildcats on top.

The Wildcats scored first with a 26-yard touchdown from Kylon Harris and a 2-point conversion by Cortez Fisher to make the score 8-0 in favor of East St. John with 2:36 left in the first quarter.

Ironically, those would be the first and last scores for the Wildcats. Both the Tigers and the Wildcats’ defensive teams showed great promise, not allowing either side to score. By halftime, the score was still 8-0 in favor of the Wildcats.

The same defensive tenacity was displayed as the second half continued, and there would not be another score until the fourth quarter. Hahnville’s kicker, Tate White made a 24-yard field goal, which moved the score to 8-3, still in favor of the Wildcats. The Wildcats held off long enough to win the game with a final score of 8-3.

St. James’ Wildcats also played Friday as they took on Edna Karr in downtown Vacherie. The first half was a tough fight as the Cougars and the Wildcats traded scores. However, the Cougars slowly started to break away and by the second half, they took the game. The Wildcats fought a hard battle, but the Cougars overcame them, as the Wildcats were defeated with a final score of 56-14.

Congratulations to all of these extraordinary athletes win or lose. You have survived another week after Hurricane Ida by bringing our recovering communities a sense of normalcy with football, so thank you all! You are spectacular!

ESJ falls 14-15 to Thibodaux in season opener, but…