ESJ falls 14-15 to Thibodaux in season opener, but hope is on the horizon 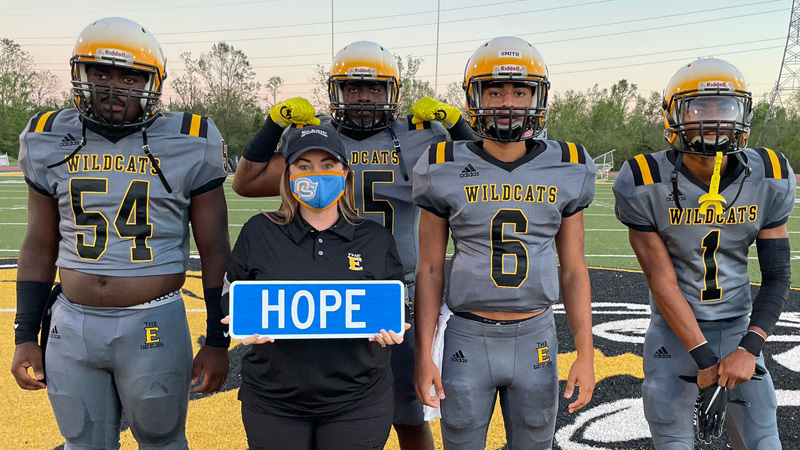 RESERVE — East St. John ended its first game of the 2021 season with a 14-15 loss against Thibodaux Friday night, but Coach Brandon Brown could not be more proud of the fortitude his team showed in the face of adversity.

The East St. John football team returned to Joe Keller Stadium last week for the first time since Hurricane Ida without helmets, uniforms or shoulder pads. While Brown reached out to Coach Valdez of St. James High School to secure some balls to practice with, The “E” did not have a full arsenal of equipment until about three hours before its season opener.

It was a hard-fought game despite the circumstances. East St. John led 14-9 at halftime but lost control when Thibodaux scored a touchdown on a 5-yard run with four minutes remaining on the clock.

“I was proud of my offensive line. They did a tremendous job,” Brown said. “Defensively, we can work on some things. We had some missed tackles through the game, but my kids didn’t have shoulder pads to work on tackling. We will keep getting better.”

Hahnville opened its season on Sept. 25 with a 42-7 loss against longtime rival Destrehan.

“We know Hahnville is going to come out and be ready to play. They’re always a good ball club,” Brown said. “We just have to come out with our best. As long as we continue to get better, we’ll be okay.”