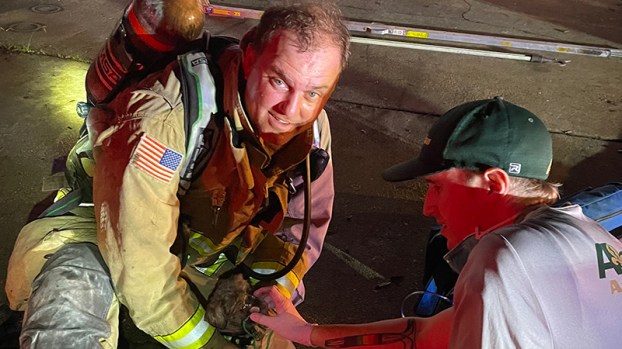 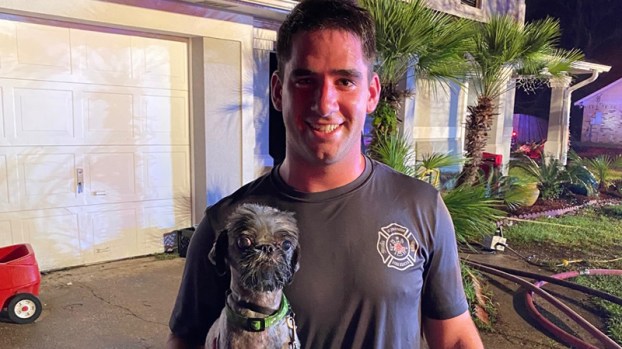 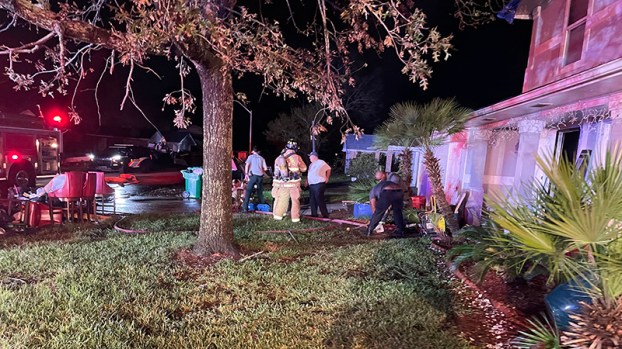 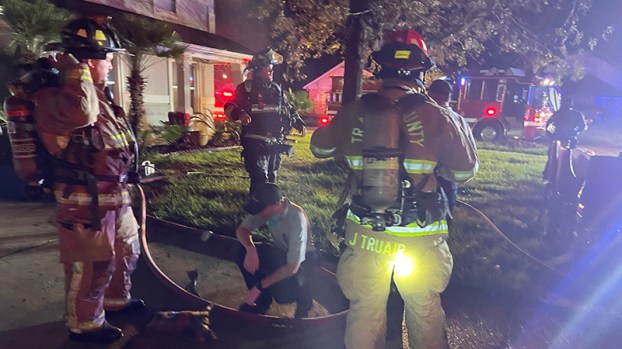 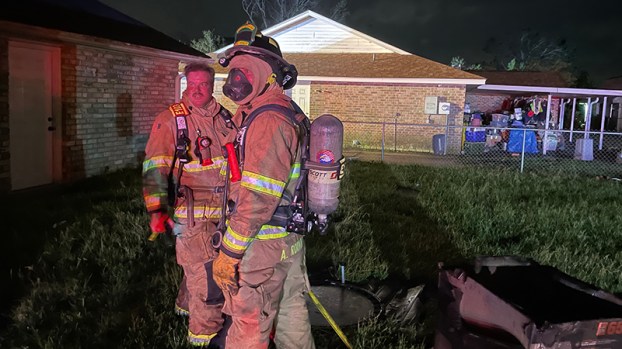 LAPLACE — The St. John the Baptist Parish Fire Department, with assistance from a team of firefighters from Texas, successfully saved a home on fire in the 1700 block of Frisco Drive in LaPlace Tuesday night.

No injuries were reported during the incident, and firefighters were able to rescue a beloved family pet from the flames.

At approximately 8 p.m. Sept. 14, crews were alerted to a kitchen fire on Frisco Drive in LaPlace. According to Fire Chief Cain Dufrene, the fire appeared to have started from an electrical surge when power was restored to the residence.

“They identified a little dog that needed to be removed from the house. He had some smoke inhalation, so they were able to give him some oxygen,” Dufrene said. “The fire went out quick. I think they had it under control in 15 minutes.”

Dufrene is thankful to Travis County Emergency Services District 1 for assisting in the response and allowing the St. John Parish Fire Department to increase its manpower in the aftermath of Hurricane Ida.

The Fire Department has responded to several reports of electrical sparking over the past week as power has been restored throughout the parish. Thankfully, there have not been many reports of structure fires during this time.

“We have only had three fires since the storm passed that were actual structure fires,” Dufrene said.

As the community recovers from Hurricane Ida, Dufrene reminds residents to be aware of electrical safety. Disconnecting appliances and electronics during a power outage is the best way to protect against electrical surges.