LAPLACE — Pastor Jonathon Smith typically evacuates when a hurricane threatens his home. This time, he couldn’t shake the feeling that God wanted him to stay.

He and his wife secured a boat in advance of the storm, before anyone knew Hurricane Ida would stall east of its predicted track and torment St. John the Baptist Parish with hours of life-threatening winds and heavy rain.

Smith wanted to be prepared to help the elderly members of First Assembly of God Church who didn’t have the means to leave town. Little did he know, that boat would be used to rescue 18 individuals from flooded streets amid the pelting rain.

“The entire time, I was just praying and asking God to give me strength. Every time I would feel like I was reaching my limits, I’d catch a second wind. I have to give all my credit to God for giving me the strength to do it,” Smith said.

It was around 9 p.m. the night of August 29, and Hurricane Ida’s eye wall was battering the River Parishes with a deadly combination of wind, rain and storm surge. Calls for rescue flooded social media as rising water from Lake Pontchartrain pushed into low-lying neighborhoods north of Airline Highway.

Among those calling for help was a woman seeking refuge in her attic along with her husband and their four young children.

“We knew her. Some of her family had come to the church, and they knew I was going to be doing rescues. They called and asked me to please go get her,” Smith said. “My wife and I got in the boat while my mother-in-law and sister-in-law stayed with our four kids.”

Danielle Smith sat at the front of the boat to hold it down against the howling wind as her husband navigated flooded streets.

“There were a few times I was concerned the boat was going to be blown over. The rain that was coming down with the wind was like when you are riding a motorcycle during the rain. It stings,” Smith said.

The night was dark with no street lights to illuminate their path through the Cambridge subdivision in LaPlace. It was difficult to locate house numbers, as many were obscured by floodwaters. After cutting through a canal to reach the next neighborhood, they arrived at the house. Roughly 5 feet of water had entered the home, reaching up to Smith’s chest as he stepped out of the boat.

He called out to let the family know help had arrived. Soon after, the two adults and four children huddled together inside the boat as the Smiths transported them to higher ground. Danielle Smith chose to stay with the family at First Assembly of God Church on Highway 51, while Jonathon Smith returned to his boat.

He spotted St. John Parish deputies with traveling through streets with a high-water truck, and they offered to help bring him home.

“My energy was spent just from fighting through the storm,” Smith said, but the night was far from over. As they traveled back through the floodwaters and rain, they heard the desperate cries of neighbors trapped in their homes.

“By the time we made it to Cambridge, you just heard everyone screaming, ‘Help, help! Save us!” Smith recalled.

It was at that point he knew he couldn’t return home just yet.

Eighteen people boarded Smith’s boat that night and were transported to a rescue group from New Orleans  stationed at the back end of the Cambridge subdivision. The rescue efforts continued until approximately 4:30 in the morning.

As the eye passed over the region and headed north into Mississippi, the rain began to slack. By midnight, the storm was bearable, and it was easier to reach the residents in their homes.

Smith said the St. John Sheriff’s Office was integral to the success of the efforts, as were other rescue groups who responded to the calls for help with airboats and high water vehicles.

Smith is thankful he listened to his instincts, and that he was in the right place at the right time to help families in need.

First Assembly of God Church is open as a shelter at 3001 U.S. 51 in LaPlace, and Smith said the doors are open for anyone still in need of a dry place to stay.

Church members are also assisting in the distribution of storm relief supplies in the aftermath of Hurricane Ida. 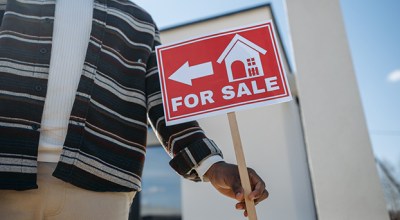