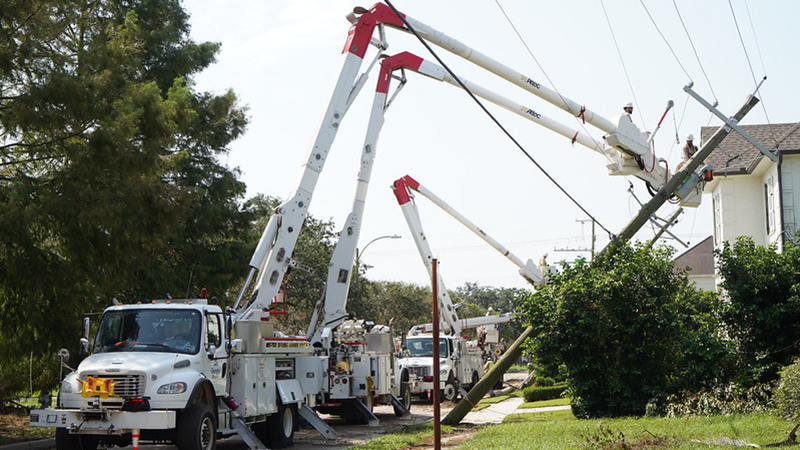 RESERVE — In a Friday morning update, Entergy Louisiana released preliminary restoration times for areas across Southeast Louisiana. According to these early estimates, residents in the River Parishes could be without power for most of September.

Reserve – including parts of St. John, St. Charles, St. James and Ascension parishes – has an estimated restoration date of Sept. 29.

Luling – encompassing most of St. Charles Parish – also has an estimated restoration date of Sept. 29.

St. John the Baptist Parish President Jaclyn Hotard announced Thursday that all of the critical  infrastructure in the parish relating to electricity was damaged during the storm.

Entergy confirmed on Sept. 2 that all four substations feeding St. James Parish were not energized, and the parish remains 100% without power.

Five days after Ida made landfall in Southeast Louisiana, Entergy has restored 225,000 of the nearly 950,000 customers who lost power due to the hurricane. According to Entergy, preliminary estimates for restoration reflect completion dates, but service to many customers will be restored before these dates. These dates are subject to change. 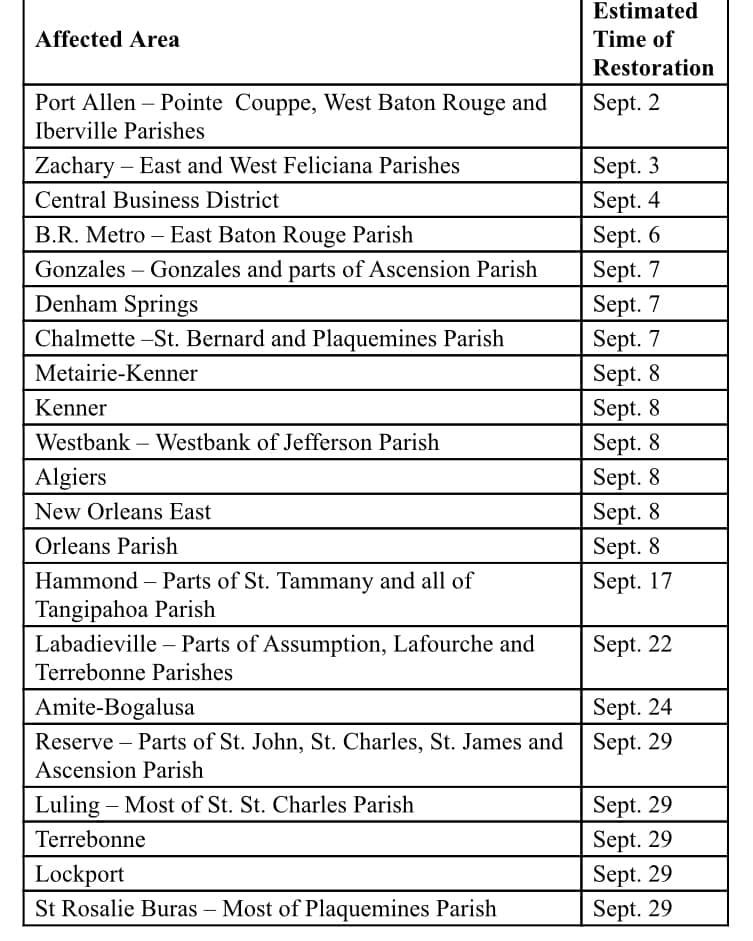