All critical infrastructure for electricity damaged in St. John Parish 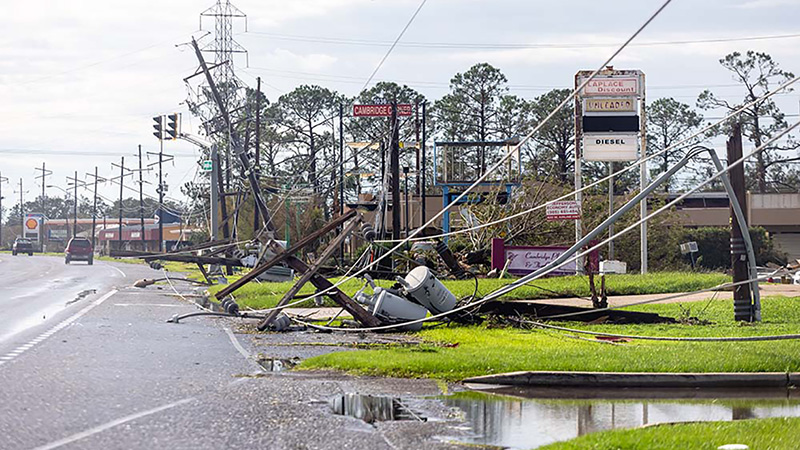 Entergy Louisiana officials worked on downed power lines in LaPlace on Tuesday. This photo was taken in front of the Cambridge subdivision.

LAPLACE — Parish President Jaclyn Hotard had to be frank about the electricity situation in St. John the Baptist Parish — it looks like the road to restoration will be long.

“Every substation, every transmission unit, every piece of critical infrastructure as it relates to electricity has been damaged in St. John. It will be a lengthy amount of time before we can get that restored,” she said.

Entergy Louisiana announced that seven of eight major transmission lines that deliver power into the New Orleans area are currently out of service. These lines run west to LaPlace in St. John Parish, and a group run southwest from the city of New Orleans to the Taft area on the west bank of St. Charles Parish.

Water restoration also remains a concern for many in St. John Parish. Some residents saw water restored to a slow trickle on Wednesday, only to lose it again.

“As we begin to build pressure to our water systems, we are finding leaks that we knew would be here with a storm like this,” Hotard said. “The latest report was that we did have better water pressure on the West Bank.”