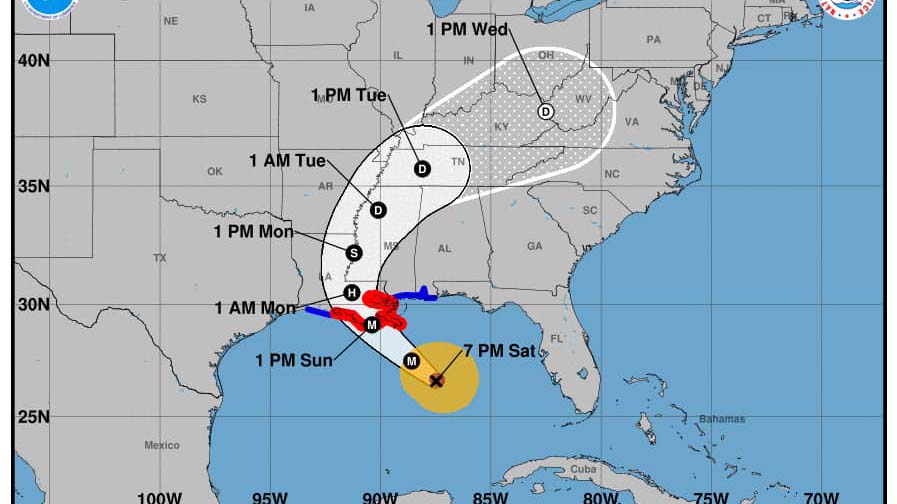 Update: As of 6 a.m., Hurricane Ida has wind speeds of 150 miles per hour. An increase to 157 miles per hour would make it a Category 5 storm.

ST. JOHN THE BAPTIST PARISH — Hurricane Ida has strengthened into a dangerous Category 4 storm with wind speeds of 145 miles per hour, the National Hurricane Center announced Sunday in its 4 a.m. advisory. The storm is traveling northwest at 15 miles per hour and is expected to make landfall today on the Southeast Louisiana Coast.

A recent shift to the east in the storm’s path means St. John the Baptist Parish could feel the impacts of the eastern eye wall with sustained 75 to 85 mph wind speeds and higher gusts.

St. John Parish issued a voluntary evacuation for all residents. A shelter of last resort opened Saturday evening at Emily C. Watkins School, located at 938 LA 628 in LaPlace. Residents should bring anything they need including food, clothing, bedding and medicine. The Shelter will remain open for the duration of the storm.