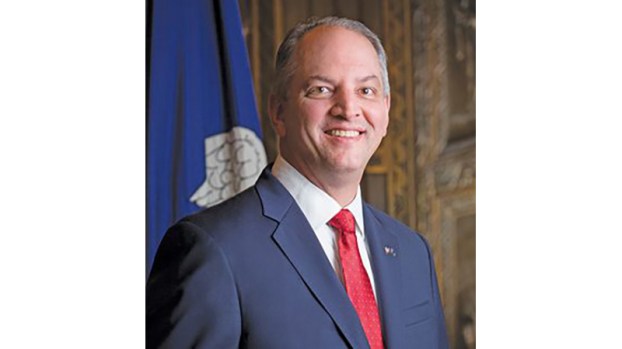 BATON ROUGE — Coca-Cola Bottling Company UNITED is considering a $42 million investment to expand its bottling facility in Baton Rouge. The proposed expansion would create 15 direct new jobs, with an average salary of $43,000, plus benefits. Those new jobs, if created, would supplement the current 558 jobs, which will be retained on site at the Baton Rouge facility. Louisiana Economic Development estimates the completed project would result in 27 indirect jobs, for a total of more than 40 new jobs in Louisiana’s capital region.

The proposed expansion of the bottling facility would include constructing 120,000 square-feet of additional warehouse space, allowing for upgrades and new machinery. The expansion would also include the installation of a new Vertique warehouse case picking system. Additionally, new machinery and equipment would be added to support the increased capacity and productivity, including a new generator, recycling equipment, storage racks, forklifts, conveyors, power switches, gears, lighting and fire suppression systems.

“On behalf of the State of Louisiana, I am proud to welcome this potential new expansion by Coca-Cola UNITED in Baton Rouge,” said Gov. John Bel Edwards. “Louisiana has long been a part of Coca-Cola UNITED’S territory, and we are hopeful their state-of-the-art facility in Baton Rouge will stay on the cutting edge with the latest in distribution and supply chain technology. The retention of more than 550 jobs and the creation of 15 new jobs is a testament to the highly-skilled Louisiana workforce.”

Baton Rouge Coca-Cola Bottling has been in operations for 115 years, when the first bottle was filled at a small building on the corner of Europe and St. Louis streets in downtown Baton Rouge. The current facility, located at 9696 Plank Road, was built in 2009. With the expansion, the total size of the Baton Rouge facility would increase to 900,000 square feet. The planned expansion of the Baton Rouge facility follows the company’s announcement that it plans to invest more than $15 million for renovations at its Lafayette distribution facility. Both planned investments are part of the company’s long-term investment strategy to meet the growing demand of customers along the Gulf Coast.

“We are proud of Coca-Cola’s 115-year history in Baton Rouge, and we are excited about the potential of this investment and its benefits to our associates, customers, consumers and local communities throughout Louisiana,” said Susanne Hall, Coca-Cola UNITED West Region Vice President. “The consideration of this expansion speaks to our commitment to Louisiana and providing high quality service for years to come. We look forward to working with both state and local community stakeholders as we move forward in this process.”

Headquartered in Birmingham, Alabama, Coca-Cola UNITED is the third largest bottler of Coca-Cola products in the U.S., and most of Louisiana is included it its territory. The company operates bottling facilities and distribution centers in Baton Rouge and New Orleans, as well as sales and distribution centers in Alexandria, Lafayette, Lake Charles, Monroe and Shreveport. Statewide, Coca-Cola UNITED employs more than 2,100 Louisiana residents.

“I am very appreciative of Coca-Cola’s planned investment in Baton Rouge,” said Baton Rouge Mayor-President Sharon Weston Broome. “They have been a key player in the landscape of our local economy, and the potential expansion of their bottling facility within the Plank Road Corridor would further economic development in the region. This project has the potential to add jobs to our region, retain hundreds of existing jobs, and inject much needed dollars into our local economy.”

To secure the expansion at Coca-Cola UNITED’s Baton Rouge facility, the State of Louisiana is providing the company with a competitive incentive package that includes the services of LED FastStart® – ranked the No. 1 workforce development program in the nation for the past 12 years. Additionally, Louisiana would provide the company with a $300,000 modernization grant to support the expansion. The company is also expected to utilize the state’s Quality Jobs and Industrial Tax Exemption programs.

“We’re excited to see such an engaged corporate citizen like Coca-Cola UNITED compete for investment funding for the future success of its Baton Rouge location,” said Adam Knapp, president and CEO of the Baton Rouge Area Chamber. “This project could add 15 new permanent jobs at its Plank Road facility, and, more importantly, modernize its technology to keep it at the cutting edge and protect hundreds of existing jobs. We hope East Baton Rouge can secure this project for the benefit of jobs in north Baton Rouge and the region as a whole.”