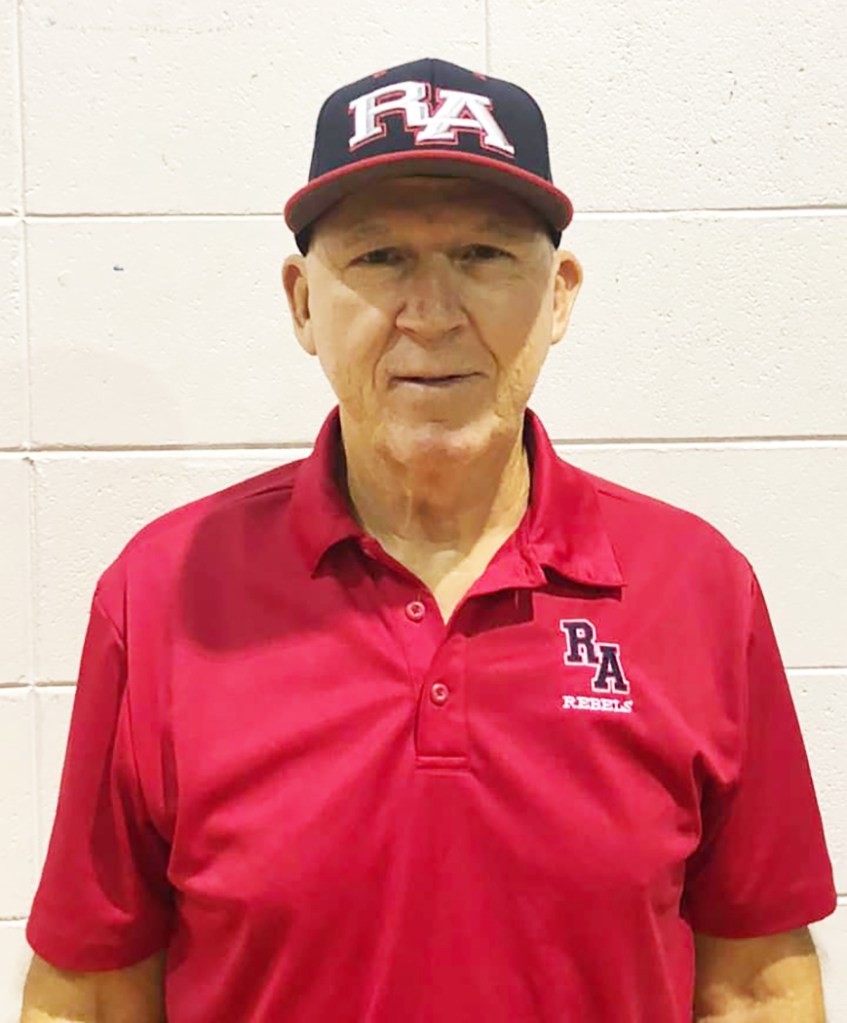 RESERVE — A large part of Mickey Roussel’s life has been spent at Riverside Academy — more than 40 years, to be exact. Returning to the faculty this year after a nearly decade long hiatus feels a lot like coming home.

Roussel was part of the freshman class of 1970 and a member of the 1972 and 1973 state championship football teams. Later on, he coached middle school and varsity at the school, eventually becoming the head football coach in 1989.

His football coaching career culminated in a 196-82 record. Then, in December 2011, after 33 years as a faculty member and 22 years leading the Rebels football team, Roussel decided it was time to step down. Riverside’s Mickey Roussel Football Stadium was dedicated in 2012 to honor his outstanding legacy.

As time passed, he realized how hard it was to stay away.

“I went on to try to do other things. I did sales, and I got into recreation. The pride of Riverside just always stuck with me. A few months ago, I had a few board members talk with me about coming back in some capacity. I’m retiring at the end of the month in August from my old job, so I was looking for something to do, and I think this is the perfect fit,” Roussel said.

He added, “God works in mysterious ways. I think in this situation, He wanted me to get back to where I spent the majority of my career, my life. I’m really excited to get back into it.”

Roussel will be coaching the golf team this year. He’ll also be in charge of grounds maintenance, a responsibility he is all too familiar with from his years as a football coach.

“I’ll probably be more in a support role, whether it be fundraising or working with coaches. I’ll be doing a little bit of everything,” Roussel said.

“We are excited for Coach Mickey Roussel to come back to Riverside this year. He was such a big part of our tradition and history, being the head coach for 22 years and spending more than 30 years at the school. We have a lot of alumni that are so excited that he’s back. We’re looking to bring that Rebels pride back to our community,” Luquet said.

This will be Roussel’s first time coaching golf, though he has been an avid golfer for years. He’s especially looking forward to rebuilding Riverside’s golf program, which produced state champion teams prior to the COVID-19 pandemic.

It will also be a nice experience to walk down memory lane each time he walks onto campus. He will never forget the state runner-up teams he coached in 1992, 1998 and 2000. Another seven seasons under his tenure ended in the semifinal round of the state playoffs. Roussel’s accolades included being named the top coach in Class 3A by the Louisiana Sports Writers’ Association.

“I was fortunate to always have a great coaching staff, and I would say probably about 75% of our staff over the years were former football players. That made it fun. Guys I coached in high school came back to be assistant coaches, and I schooled them along a little bit,” Roussel said.

Many of the kids he coached back then now have kids of their own.

“It’s about the player-coach relationship. When I go to recreational baseball tournaments, I see guys who played for me have kids playing ball. Being able to talk to them and reminisce about their days of playing is fun. When you get involved in teenagers’ lives, and when you get older to see them become young men and fathers, it’s pretty neat,” Roussel said.

“There are some kids on the football team at Riverside whose dads played for me. I guess that means I’m getting real old, too. I probably know most of their grandfathers, grandmas, aunts and uncles. We’re all pretty intertwined. This is the River Parishes. Pretty much everybody knows everybody, so it’s good to get back to that.”