Sheriff Joseph Lopinto reports the arrest of Lana Cristina, 28, of Kenner, on charges of Second Degree Murder. Cristina was arrested following the classification of the death of her 4-day-old child as a homicide. 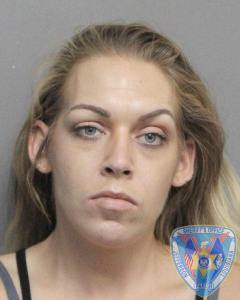 On June 10, 2021, at around 3:40 am, deputies were dispatched to a medical incident at a hotel in the 1100 block of Manhattan Blvd. in Harvey. Cristina called 911 after finding the child not breathing. The victim was pronounced dead at a local hospital that morning.
An autopsy, including toxicology, was conducted after the victim’s death. Toxicology reports were recently returned that led to the determination that the victim’s cause of death was acute fentanyl toxicity.
Cristina admitted during interview that she used narcotics prior to breastfeeding the child. A warrant was obtained for Cristina’s arrest and she was subsequently booked late yesterday at the Jefferson Parish Correctional Center.
You Might Like