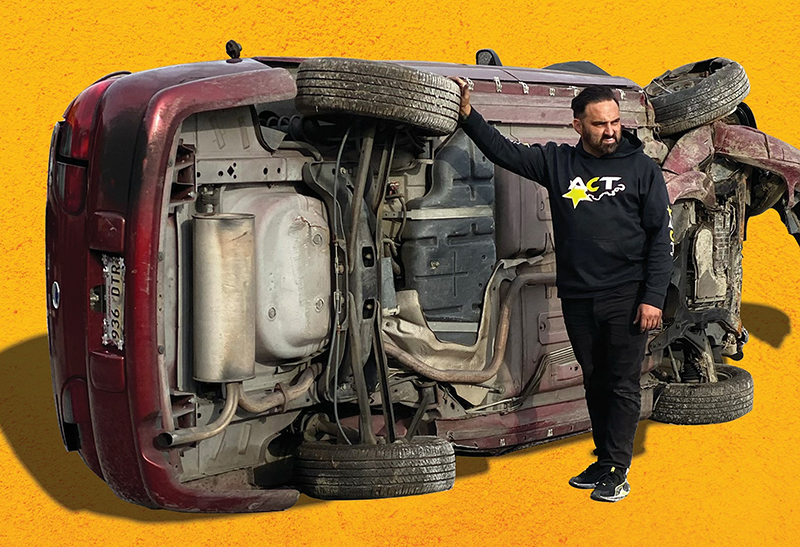 Campeaux is the owner of Aaron Campeaux Towing, which serves the River Parishes with locations in St. Rose and Kenner. His company is one of eight across the United States to be featured on Hustle & Tow, which puts the spotlight on tow truck operators as America’s unsung essential workers.

Campeaux said every day is an adventure in the tow truck profession. Some of his craziest jobs has involved going into swamps and canals in the dead of night to retrieve vehicles. Towing doesn’t always involve cars; Campeaux has hauled materials for the Audubon Zoo, parts of trains, and even a deceased horse that was heavy enough to require a tow truck.

Campeaux often puts his life on the line while serving others. Three years ago, he was struck by a drunk driver while hooking up a car to a tow truck on the side of the road. He was left with a torn rotator cuff and an increased awareness of cars refusing to slow down or move over. Some zip by only inches away from him as he performs his job.

“When you get into an accident, the first responders are the police, the fire truck and the tow truck operators. We try to get there as quickly as possible, and we don’t get enough credit for what we do. It’s a very dangerous job,” Campeaux said. “Every six days, there’s a tow truck driver that dies in the United States. We want to go home to our families, just like everyone else.”

Campeaux grew up close to the automotive industry, as his father ran a Cadillac dealership in New Orleans. Most of his family moved to San Antonio after Hurricane Katrina devastated the area, but Campeaux decided to keep his feet planted firmly on the ground in Louisiana. He was in his early 20s when he bought his first tow truck. Fourteen years later, he has six trucks and two locations, with a third slated to open later this year.

“My goal was to have just two trucks. I never thought that it would turn into something like this,” Campeaux said.

Campeaux never imagined television would become part of his journey. When a representative from A&E contacted him through Instagram, he initially thought it was a scam. He realized it was legitimate after the same people proceeded to contact him by email and call his office. Within two weeks, he was signing a contract.

Aaron Campeaux Towing is the only company representing Louisiana on Hustle & Tow. The nine months of filming documented his day-to-day work, from towing construction trailers on Metairie Road to responding to accidents with Louisiana State Police on I-10 in LaPlace.

“My favorite part about the experience was the people that were with me. I became very, very close with the camera guys and the people behind the camera,” Campeaux said. “Being on TV is a blessing, as is having your company out there for the whole world to see, but I think I’m more grateful for the people that I’ve met through this process.”

He was also able to experience the set with his 9-year-old son, Carson Campeaux, who turned out to be a natural in front of the camera.

“He’s a hard worker, and he’ll do anything you ask,” Campeaux said. “Carson knows how to control the trucks. He’s a character. He calls himself the CEO.”