The initial investigation revealed the crash occurred as 26-year-old Levi Mitchell of Prairieville was traveling northbound on LA Hwy 938 in a 2007 Hyundai Santa Fe. Hunt was the front seat passenger in the Hyundai. At the same time, a 2017 Freightliner box truck was traveling southbound on LA Hwy 938. For reasons still under investigation, Mitchell crossed the centerline into the opposing lane, which resulted in the Hyundai striking the Freightliner head-on. After striking the Freightliner, Mitchell exited the Hyundai and fled the crash scene.

Hunt was unrestrained at the time of the crash and sustained fatal injuries. She was pronounced deceased on the scene.  The driver of the Freightliner was properly restrained and sustained minor injuries.  He was transported to a local hospital for treatment. As part of the ongoing investigation, a toxicology sample was obtained from the driver of the Freightliner for analysis. 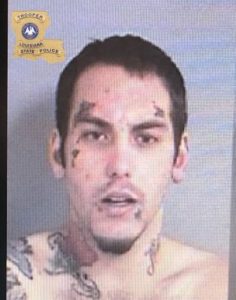 If anyone has any information regarding the whereabouts of Mitchell, please contact Louisiana State Police Troop A at (225)754-8500, or call your local law enforcement agency or 911.