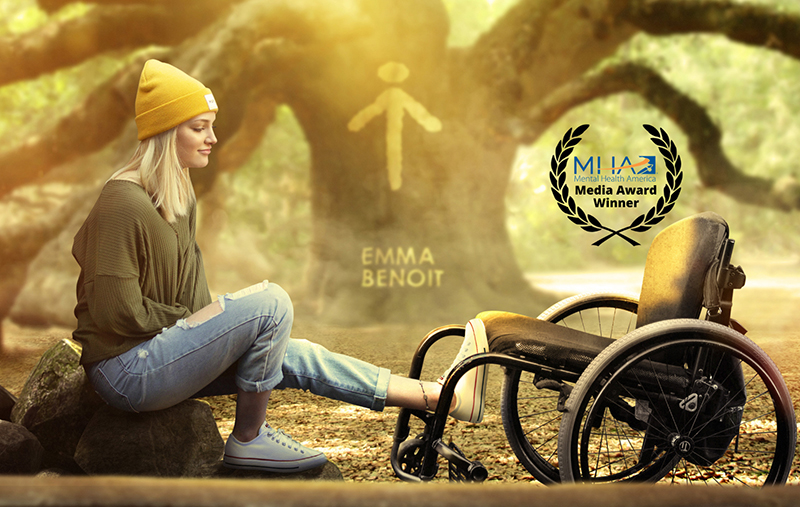 LULING — Every day, 20 young people die by suicide in the United States.
The new film “My Ascension” chronicles the story of 16-year-old Dutchtown High School varsity cheerleader Emma Benoit, who was paralyzed by a suicide attempt, which propelled her on a mission to use her painful experience to help others find hope and stay alive.

The South Central Louisiana Human Services Authority and local organization We MADE have organized a free screening event for residents of St. Charles, St. James and St. John the Baptist parishes. The free screening will take place from 1:30 to 4 p.m. Monday, August 2 and will include a discussion with Emma Benoit and filmmaker Greg Dicharry.

remarkable young people who tragically did not survive their attempts, and we learn first-hand

from their families, friends, school officials and suicide prevention experts about the devastating effects of suicide and what can be done to prevent it.

The film received a 2020 Media Award from Mental Health America and Emma, the main subject of the film, was recently featured, on Jada Pinkett Smiths’ very popular show Red Table Talk, which also showed footage from the film.

Organizers are currently working on further developing and implementing a social impact campaign to ensure the film and related activities can reach and help as many young people and families as possible.

The film recently premiered in Baton Rouge, and viewers were given important information on mental health and suicide prevention from NAMI Louisiana, VIA LINK, Hope Squad

Lutcher and Traeh Thyssen Have A hearT Foundation.

Saro Altinoglu, PSY.D, of the ROWI Teen and Parent Wellness Center said, “Emma’s story captures the severity of the mental health and suicidality pandemic amongst the adolescent population in the United States. My Ascension is a serious yet uplifting story that

provides hope, clarity and support to its audience from a personal perspective.”