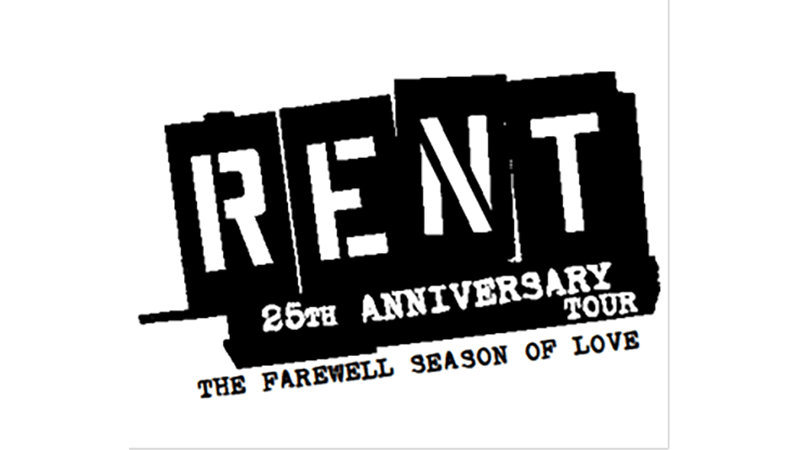 NEW ORLEANS – (July 14, 2021) – The producers of the RENT 25TH Anniversary Farewell Tour announced today that single tickets for the upcoming tour engagement in New Orleans will go on sale Friday, July 16, 2021 at 10 a.m.

For a quarter of a century, Jonathan Larson’s RENT has inspired us to choose love over fear and to live without regret. This Tony Award and Pulitzer Prize-winning phenomenon follows a year in the lives of a diverse group of artists and friends struggling to follow their dreams without selling out. It has become more than a musical – it’s a cultural touchstone, a rite of passage and a source of joy and strength for millions. RENT has become a part of us forever.

RENT will play at the Saenger Theatre in New Orleans from Nov. 26-28, 2021. The performance schedule is as follows:

“It is an honor to have RENT’s 25th Anniversary Farewell Tour come to the Saenger Theatre after a long-awaited return to live theater,” said Saenger Theatre General Manager David Skinner. “I am thrilled to welcome New Orleans theatregoers back to the Saenger to enjoy this award-winning masterpiece. I look forward to seeing the community experience live entertainment once again as we return to in-person events and performances.”

The show received its world premiere off-Broadway at New York Theatre Workshop on February 13, 1996 to ecstatic reviews and transferred to Broadway on April 29, 1996. RENT won the 1996 Tony Award for Best Musical as well as the Pulitzer Prize for Drama.

Whether you’ve never seen RENT or have completely lost count, you can’t miss it this time around – the 25th Anniversary “Farewell Season of Love” is your FINAL CHANCE to experience this celebrated touring production.

The RENT 25th Anniversary Farewell Tour is produced by Work Light Productions whose other touring productions include the 2016 Olivier Award-winning production of Jesus Christ Superstar, Irving Berlin’s White Christmas, Bandstand, and the upcoming tour of the TONY award winning musical Ain’t Too Proud.

Originally built in 1927, the Saenger Theatre was designed to reflect a magnificent 15th century Italian courtyard and gardens, with a starlit evening sky ceiling, arched surroundings, statuary, columns and decorative moldings. In January 2012, the City of New Orleans, Canal Street Development Corporation (CSDC) and ACE Theatrical Group formed a public-private partnership to carry out a $52 million restoration project after the iconic theatre was severely damaged during Hurricane Katrina. The Saenger Theatre reopened in the fall of 2013, authentically restored to the finest level of detail, with state-of-the-art technological improvements and updated first-class amenities. The theatre hosts a wide variety of performing arts attractions including live theater, comedy shows and musical acts. The Saenger Theatre is located at the corner of Canal and North Rampart streets in downtown New Orleans and is on the National Register of Historic Places. Visit http://www.saengernola.com for more information.