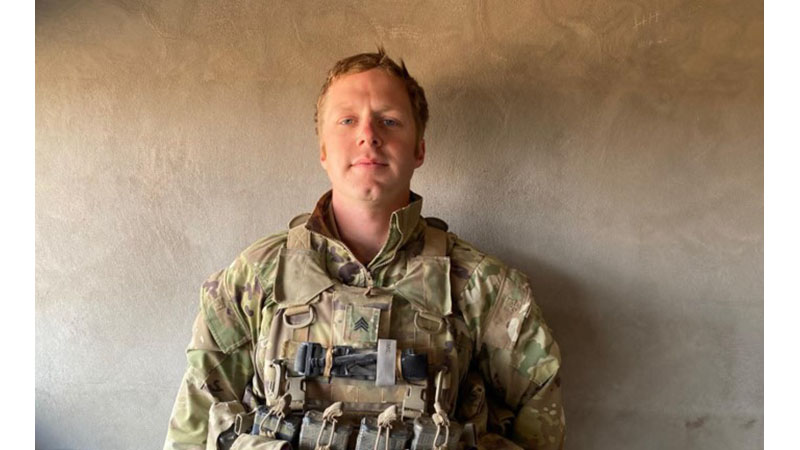 Anderson, a native of New Orleans, Louisiana, has served in the military for nine years.

He is currently attached to 256th IBCT’s 3rd Battalion, 156th Infantry Regiment, Taskforce (TF) Bandit, and has taken a leadership role within his platoon.

While training partner forces, Anderson was responsible for instructing 14 truck crews at combat out posts throughout the CJOA. Anderson personally instructed each crew and observed all training to ensure it was completed to standard.

In addition to providing essential training to partner forces, Anderson worked as a scribe for seven key leader engagements (KLE) and participated in 14 debriefs with TF Bandit’s operation and intelligence officers. These KLEs included multiple members of his leadership to include the TF commander. He worked extra hours to ensure information collected from the KLEs was relayed to higher headquarters. This information provided a greater understanding of the environment in TF Bandit’s area of operations (AO) and contributed to the unit’s success throughout the AO.

Sgt. Anderson has also served as a dismounted team leader during multiple reconnaissance missions while deployed.

His continued professionalism, dedication and initiative makes Sgt. Anderson a valued addition to TF Bandit, while contributing directly to the success of the Tiger Brigade’s operations throughout the CJOA.

The 256th IBCT will return home to Louisiana later this year.