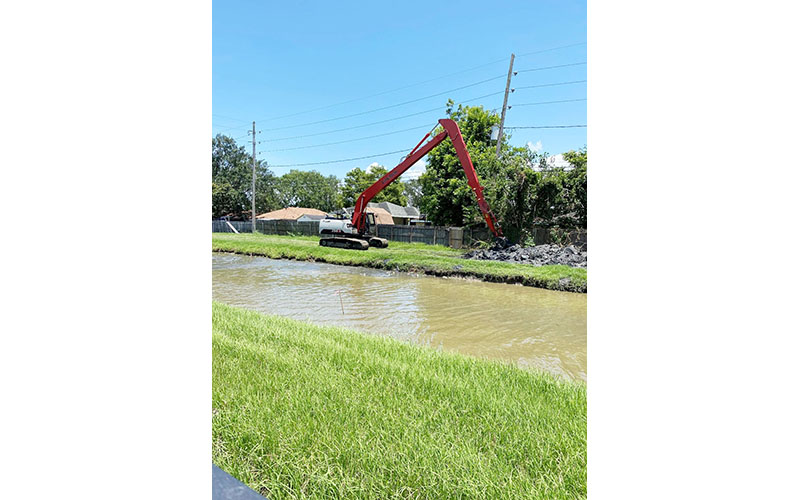 LAPLACE — Approximately 30,000 cubic yards of material were removed from the Vicknair Canal recently as part of an important drainage project that involves the dredging and excavation of the Vicknair, Haydel and Woodland canals. This project helps to remove sediments and debris, which allows for better flow and flood control/drainage.

The contractor is currently working on the Vicknair Canal, which will enhance drainage in the Riverlands and Cambridge subdivisions. After the Vicknair Canal is complete, dredging will begin on the Woodland and Haydel canals.

These canals are being worked on first due to permit clearances and because of the availability of funds from voter-approved bond issues.

The estimated project cost is $661, 265 for the Vicknair Canal, $742,555 for the Woodland Canal and $311,443 for the Haydel Canal. The project began with a groundbreaking ceremony in May 2021 and an estimated timeframe of four to six months, weather permitting.

The Godchaux, Moll and Reserve Relief canals are also permitted for excavation. Other canals that are only permitted for cleaning and snagging will be scheduled in house. The determination of whether canals can be dredged or only cleared/snagged is made by the Department of Natural Resources.

Further updates on drainage improvements will be provided at sjbparish.gov, the Government Access Channel (15/99) and Facebook/Instagram.