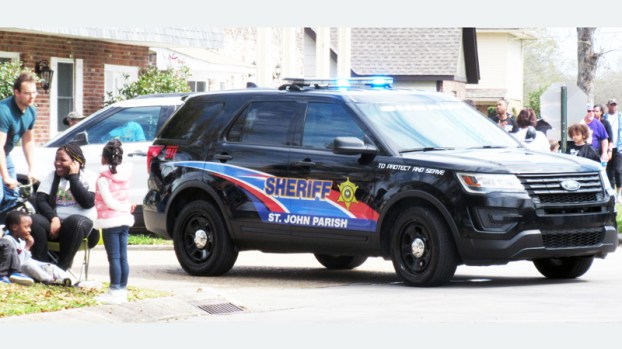 Jaden Michael Jamal Edwards, 18, of LaPlace was arrested July 12, 2021 in connection to reckless driving incidents in LaPlace neighborhoods.
On Monday, July 12, 2021, about 2 p.m., officers responded to the corner of Fairway Drive and Madewood Road in LaPlace after it was reported that a car was driving recklessly in the neighborhood.
Officers reviewed surveillance camera video in the area and observed a orange 1999 Chevrolet Camaro approach the intersection and proceed to do four donuts then left the location in a sideways motion. Shortly after, officers located the vehicle at Elm Street and Airline Highway and initiated a traffic stop.
The driver, identified as Edwards, was arrested and charged with reckless operation of a vehicle (misd).
In addition, another video captured the Camaro, traveling recklessly, with Edwards intentionally spinning the car side ways as he entered the intersection of Fairway Drive and North Sugar Ridge.
Edwards was charged with reckless operation of a vehicle (misd).
Sheriff Tregre warns those caught operating a vehicle in a reckless manner on public roadways may be arrested. The vehicle also may be seized.
You Might Like