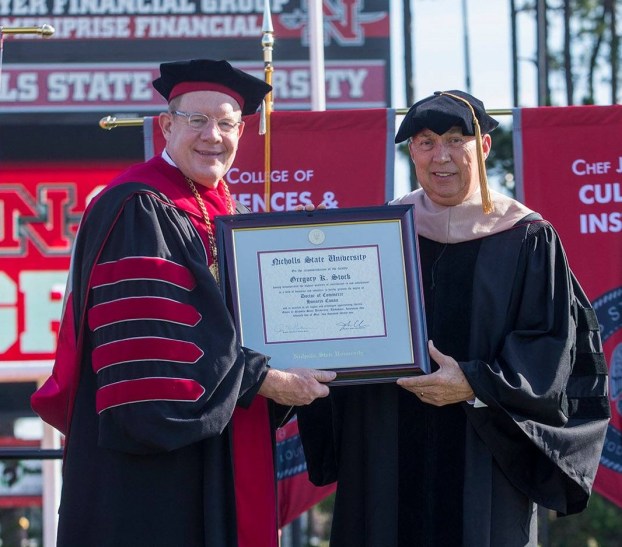 Dr. Jay Clune, Nicholls State University president, recognized Stock for his leadership and growth of the health system and Stock’s dedication to the health and well-being of citizens of the Bayou Region. Thibodaux Regional is the official sports medicine provider for Nicholls Athletics and a longtime partner and supporter of the university and its programs.

Stock received a bachelor of arts and a master’ degree in health care administration from Brigham Young University in 1980 and has over 40 years of extensive experience in health care administration. Serving as CEO of Thibodaux Regional Health System since 1990, the health system has experienced significant growth – over 100 physicians have joined the active medical staff; payroll has grown from $9 million to $110 million; buildings and facilities expansion of more than $432 million; and the health system’s annual budget has grown from $28 million to over $1 billion dollars. Under Stock’s visionary leadership Thibodaux Regional is nationally recognized as one of the top hospitals in the country and is known as an innovative leader in healthcare.

Deadly start to the summer on Louisiana’s Roads

As we enter into the weekend, Louisiana State Police would like to take a moment and reflect on a deadly... read more