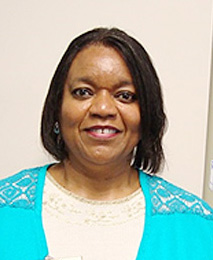 What is the Unwanted BBQ Guest? Listeria

WOW! Summer has not gotten here yet, and it is hot already.  Time to have BBQs, swim parties, beach parties, graduation parties, and all sorts of parties.  Because of the outside parties that will take place this summer, we need to take into consideration foodborne illnesses that will be lurking around and trying to get people sick, especially children and elderly.  Remember that bacteria grow faster in foods that are at a warmer than usual temperature when outside.

Listeria monocytogenes is a very dangerous bacteria that grows year-round, especially during the summer months.  This bacterium grows at refrigerator temperature and is very deadly for pregnant mothers, unborn babies and newborns. In fact, they are 10 times more likely to become infected with the bacteria.

Listeria is found in foods such as:

Cheeses that are soft and ripened (examples: Mexican-style, Brie, Feta, and Ricotta)

Vegetables that are raw

Meats from the deli

Hot dogs are a favorite at every BBQ party. However, that is why it is extremely important to make sure that:

Following these instructions will keep these dangerous and deadly bacteria from crashing your party and making people sick.

Monday, May 24, Jeanne and I celebrated our wedding anniversary.  Sixty-three years ago, in a little wooden church in Garyville,... read more