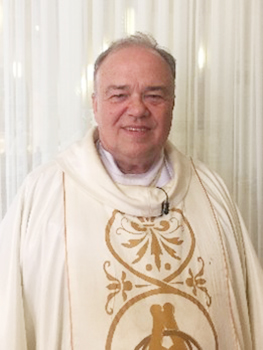 Ascension of Our Lord pastor retires

LAPLACE — Fr. Walter J. Austin celebrates his retirement upon his 40th Year of Ordination.  He was ordained on May 16, 1981 as an Archdiocese of New Orleans priest. He leaves after 15 years with Ascension of Our Lord Catholic Church parish in LaPlace and is remembered with fondness as a great homilist who will always be a part of ‘our story’.

Rev. Walter Austin was born in New Orleans in 1950 and raised in Harahan. He is the oldest of three siblings, having both a younger brother and sister. His father and mother are deceased. Father Walter’s education includes St. Rita Elementary School, St. John Prep High School Seminary, St. Joseph Seminary College (where he received a BA in history) and Notre Dame Seminary in New Orleans (where he received a master’s in divinity).

Professionally, he has served at St. Francis deSales New Orleans as a Deacon, St. Joan of Arc in LaPlace and St. Clement of Rome in Metairie as Parochial Vicar, and Pastor at Sts. Peter and Paul in New Orleans, Prince of Peace in Chalmette, and Our Lady of the Lake in Mandeville. In 2006, he was assigned to Ascension of Our Lord Church.