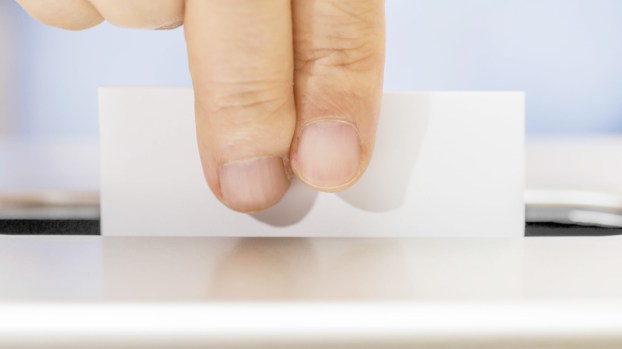 In the March 20 election, Troy A. Carter and Karen Carter Peterson were the top two vote-getters for Second Congressional District with 34,396 votes and 21,670 votes, respectively. However, neither candidate achieved more than 50 percent of the vote, forcing the race into an April 24 run-off election. The Second Congressional District seat was most recently filled by Cedric Richmond, who left the position to work a senior advisor to President Joe Biden and director of Office of Public Engagement, at the White House.

The St. John Parish Registrar of Voters locations are the Edgard Courthouse, 2393 Highway 18 on the West Bank, and the Parish Government Complex, 1811 W. Airline Highway on the East Bank. Residents can also reach the Registrar of Voters by calling 985-652-9797, emailing stjohnrova@sos.la.gov or visiting sjbparish.com/registrar.

St. James Parish voters will also see two Parishwide Consolidated School District propositions on the April 24 ballot. Voters are asked to choose “Yes” or “No” in regard to each proposition.

The first asks voters whether the St. James Parish School District should issue bonds not exceeding $64,000 for the purpose of refunding all or a portion of the outstanding general obligation bonds of the District. Bonds have been issued to acquire/improve lands for building sites and playgrounds, including construction of necessary sidewalks, parking lots and streets, as well as purchasing, constructing and/or improving school buildings and athletic facilities within the District. In this reallocation of funds, the estimated millage rate to be levied in the first year would be 6.6. mills, a decrease of 3.4 mills over the amount currently being levied to pay General Obligation Bonds of the District.

The second proposition asks voters if the St. James Parish School District can levy a special tax of 3.40 mills on all property subject to taxation. An estimated $1.75 million reasonably expected to be collected from the levy each year for a period of 10 years, starting in 2021 and ending in 2030 to give additional support to the St. James Public School System.

With a loss of funding resulting from the closure of the Shell Convent facility, St. James Parish Schools recently announced that it would have to eliminate 30 teaching positions for the 2021-22 school year. The District will also cut academic programs, reduce the work calendar to cut two days of pay for employees, eliminate voluntary professional development days, cut two central office positions, reduce athletic programs costs and reduce maintenance and operations.

In St. Charles Parish, voters will decide whether Hospital Service District No. 1 should issue bonds not exceeding $17 million for the purpose of purchasing, acquiring and constructing lands, buildings, machinery, equipment and furnishings to be used in providing hospital facilities.

River Region Chamber of Commerce Executive Director Chassity McComack spoke out in support of this proposition.

“We understand this is not a new tax, but an extension of an existing millage at a lower rate,” she said. “The revenue generated by this proposed millage reallocation will greatly enhance the hospital’s services through new equipment technology, facility infrastructure and other capital needs.”

Update: The juvenile has been located and returned home safely. The St. Charles Parish Sheriff’s Office is seeking the public’s... read more