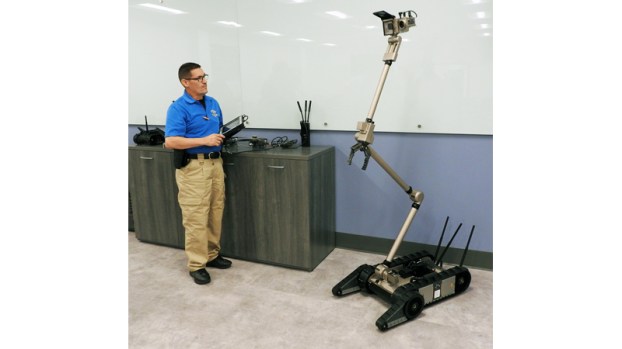 The St. John Sheriff’s Office recently added new tools to its array of crime fighting apparatus that could help save lives.
The sheriff’s office recently purchased 2 robots manufactured by FLIR Unmanned Ground Systems. Each robot has independent capabilities that will allow safe clearing of dangerous incidents.
The cost was $230,000, paid through a port security grant funded by the U.S. Department of Homeland Security.
The robots, as well as newly acquired drones, will be used in SWAT, HAZMAT, and other situations where keeping distance is critical for officer safety.
Reconnaissance is a key feature of the robots, which have a thermal as well as traditional cameras and two-way radios, enabling officers to locate a subject and communicate with the subject.
This robotic technology is being used throughout the country with great success, Sheriff Mike Tregre said. Sheriff Tregre, firsthand, can attest to the use of robots contributing to successful outcomes.
In the past year, the SJSO has had to call on the Jefferson Parish Sheriff’s Office for the use of the department’s robots and drones in three separate standoffs with police in LaPlace. The technology helped SWAT quickly defuse these tense situations, and all ended peacefully.
“These robots offer a life-saving option for us by preventing the need to put officers in harm’s way,” Sheriff Tregre said. “This technology helps us better understand what is happening before engaging, leading to a faster resolution to a situation.” 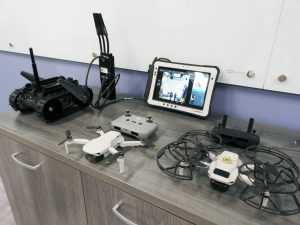 A visitor from Florida that has taken up residence in Terrebonne Parish could be good news in Louisiana’s fight against... read more