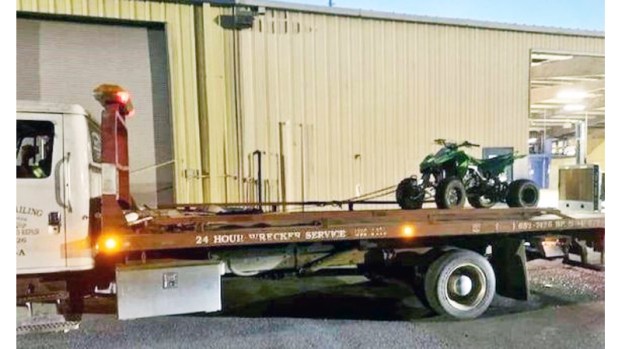 Four Wheelers May Be Towed

The St. John Sheriff’s Office has been receiving several calls from citizens complaining about people recklessly driving four-wheelers in neighborhoods and parking lots in St. John Parish.
“In some incidents, drivers committing these reckless acts are terrorizing our citizens,” Sheriff Mike Tregre said. “We are going to enforce the law. We want to keep all of our citizens safe.”
Sheriff Mike Tregre reminds residents that operating all-terrain vehicles, dirt bikes and other off-road vehicles on public roadways is illegal. Residents caught operating any of these vehicles on public roadways may be issued a citation. The vehicle also may be towed and impounded at the owner’s expense.
Also, all terrain vehicles are not allowed on the levee bike/walking path.
You Might Like