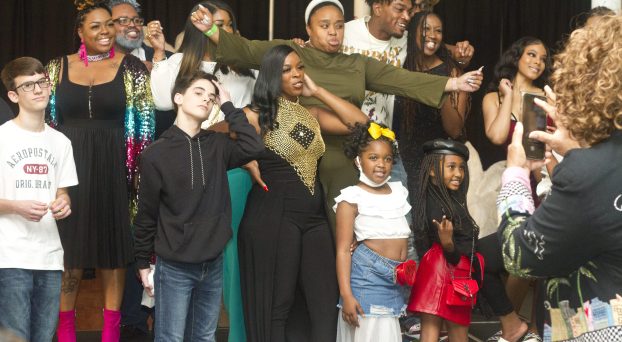 LAPLACE — Standing at the edge of the runway in a sparkly dress, Lischelle Jasmine addressed an audience gathered at YMC Events Venue LLC in LaPlace. “You don’t have to go looking for Broadway or Hollywood,” she said. “It’s coming right here.” 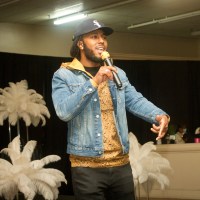 Flourish Model & Talent Agency held its inaugural production March 6 to showcase the acting, singing, dancing and modeling talents of children and adults in the River Parishes.

Jasmine saw a need for a local talent agency with the region becoming an increasingly popular backdrop for the film industry. Production companies often film in the River Region or New Orleans area, but all too often, casting takes place outside of the region. 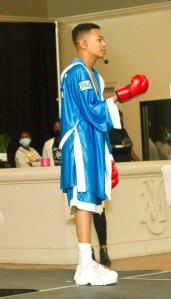 Jasmine was inspired to finally pursue her vision when she heard God tell her, “Do it. Don’t worry about the details; it will fall into place.”

The inaugural Flourish Model & Talent Agency’s inaugural show came together in the span of two months, and the future is looking bright.

“Flourish Model & Talent Agency is the first agency here in the River Parishes and is excited about representing our parish’s local talent,” Jasmine said.

She thanked her husband, Nathaniel, and longtime friend, Clyde R. Jones, among others, for helping her vision come to fruition. Jones was delighted to work with the performers in the weeks leading up to the show, and he performed and directed a majority of the scenes. His goal is to be a positive influence while helping the performers reach their full potential.

“I’m all about the kids and trying to help the people in the community,” Jones said, noting that it’s important to give young people an outlet to stay off the streets. 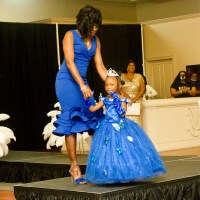 Kimani Brown, Samirah Jasmine, Corey Johnson, Alyssa Mitchell and Kade Olivier opened the show with a group dance choreographed by Leah Brown. Later on that evening, Kade returned to the spotlight and showed off his original choreography to “This is Me” from “The Greatest Showman.”

The models shined with confidence on stage across all age groups. Kids models Kennadi O. Adams, Kimani Brown. Kambri Jasmine and Blair Elise Quinn got their first taste of the runway as they modeled clothing provided by Dyri Edwards of Dy’s Runway.

Singers Ron Sebastian and Blaze amazed the audience with their musical talent throughout the show. Meanwhile, Carl Briggs’ beautiful singing voice added emotional depth to a scene about a man who lost his wife one day short of their 50th anniversary.

Flourish Model & Talent Agency showcased its actors with a variety of scenes that ranged from comical to heartfelt. Asasha Terry an Lakia Brown performed a humorous skit called “Carol and Sue” about keeping your friends close and your enemies closer. Another skit drawing laughs from the audience, “You Did What,” starred Kenyatta Raashi and Lavette Holmes.

Deacon Lawson strapped on some boxing gloves and performed an inspiring monologue as Muhammad Ali. In a scene called “Prodigy,” Tristan Olivier sang “Somewhere Over the Rainbow” and spoke of making his parents proud. 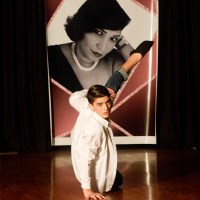 One of the most emotional performances came from Dione Wilson in “Locks Without Chains,” the story of a young woman finally breaking free of an abusive relationship.

LAPLACE — A LaPlace juvenile wanted in connection to an armed robbery in a LaPlace neighborhood has been arrested. Brandon... read more