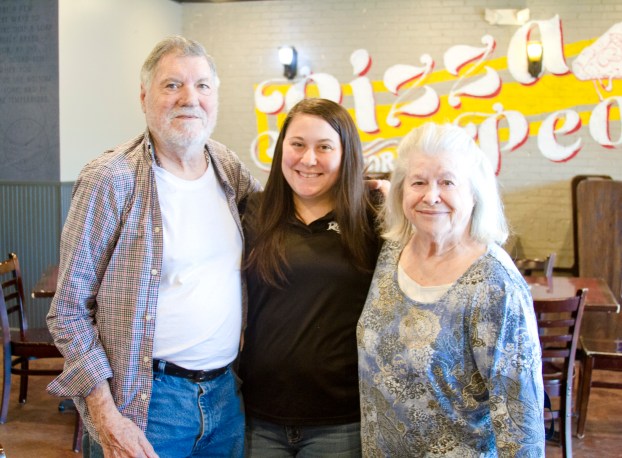 LAPLACE — A neighbor said Virginia Fontenot must have had an angel under each elbow as she safely escaped her burning home without using her walker or cane.

St. James Parish firefighters were alerted to a structure fire on Canal Street in Paulina on February 19. While Anthony and Virginia Fontenot are thankfully unharmed, they lost a home that held more than 50 years of memories.

Anthony and Virginia’s father started construction on the house back in 1966. The construction was completed slowly but surely around busy work schedules, and the couple was finally able to move in by October 1969. Built out of old cypress, the home had four bedrooms sized just right to raise their five children. Later on, the house would become a gathering place for several grandchildren.

February 19, 2021 started out as a normal day. Anthony got dressed and drove to their daughter’s home in Reserve, while Virginia got a cup of coffee and settled on the couch with the cat to watch TV.

In the early afternoon, she made a sandwich in the kitchen and went to use the restroom. When she returned to the living room, she spotted a burgeoning fire under the window that faced the street. She dialed 9-1-1 and reached for the fire extinguisher as flames licked around the sofa.

“I couldn’t figure our how to release it, so I put the fire extinguisher down. I thought, I have to get out of here now. Usually, I use my walker or my cane. I didn’t even think about that,” Virginia said.

She carefully navigated the steps. By the time she was walking down her carport, a St. James Parish police officer arrived and put her in his car to make sure she was all right. While Virginia was able to make it out of the home, her beloved cat didn’t make it.

Anthony received word that the house was on fire at exactly 1:04 p.m. They couldn’t do much except watch as every inch of their house burned. One by one, their children and grandchildren showed up in support.

It took until approximately 5 p.m. for the fire to be completely cleared. Fire personnel determined it to be an electrical fire. However, the damage was so extreme that responders were unable to pinpoint the exact cause of the fire.

Virginia had on her pajamas, a robe and slippers, while Anthony had the clothes on his back. Everything else was lost, save for two cast iron pans and a cast iron pot later discovered in the wreckage.

Family, friends and community stepped up during the couple’s time of need. For the first two weeks, they stayed at their daughter’s house in Lutcher as donations from the community arrived in bulk.

“That evening, the family took charge. They made a list of the things that we needed. They called the drug store to get our medicines refilled,” Virginia said. “We’re so grateful for our family and friends. We hit the jackpot when it comes to family. Of course, I always knew that, but now I really know it.”

She said State Farm has been wonderful to work with. The insurance company helped them move into a rental home last week, paying for everything from furniture down to paper towels and toilet paper. They will have a clean, safe house to reside in for at least the next seven months.

Anthony was a volunteer fire fighter for 10 years, at one point serving as the fire chief. He’s seen other families have their lives uprooted after a fire, but it’s different living it.

“I can’t say enough about our neighbors and even people we don’t know. It’s beautiful,” he said, adding that Rotolo’s in Reserve has also been a great help.

Their granddaughter Jeanne Entremont, an employee at the store, worked with general manager Amanda Waguespack to get approval from the corporate office to host a fundraiser in their honor. Last Tuesday, from 4 to 9 p.m., 15 percent of the sales at the Reserve location were donated to Anthony and Virginia.

Jeanne said her grandparents deserve the world, and she was happy Rotolo’s was able to contribute.

“They are the heart of the family,” Jeanne said. “If it weren’t for them, we wouldn’t have a family.”

Though they have family to lean on, Anthony and Virginia are determined to find their own place.

“We’re starting to look into a trailer or building a smaller house. Houses are so expensive nowadays and at our age, we can’t handle a note, so we’ve got to see what we can do with it,” Anthony said. “As far as living arrangements, we are set for seven months. It’s the future that’s in doubt. You never know how good you have it until you lose it.”