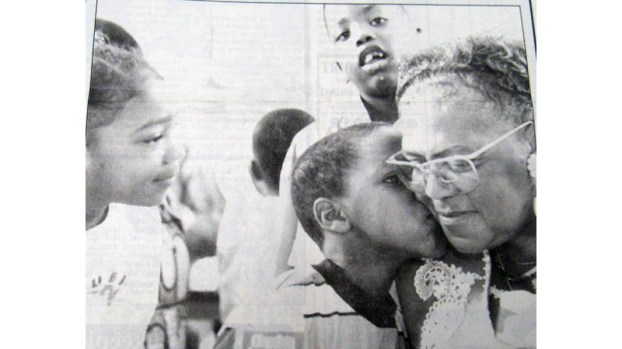 1995- Mark Nicholson gives his grandmother, Ceola Gerard, a kiss on the cheek while other students in the kindergarten class at Glade Elementary look on. Gerard and plenty of other grandparents have joined their grandchildren at the public schools in recent days to celebrate Grandparents Day. At Glade, grandparents went to class with the children, ate lunch with them and became part of show-and-tell.

Lips Day How do you show your love and affection? Many people do so through the tender gestures they share... read more