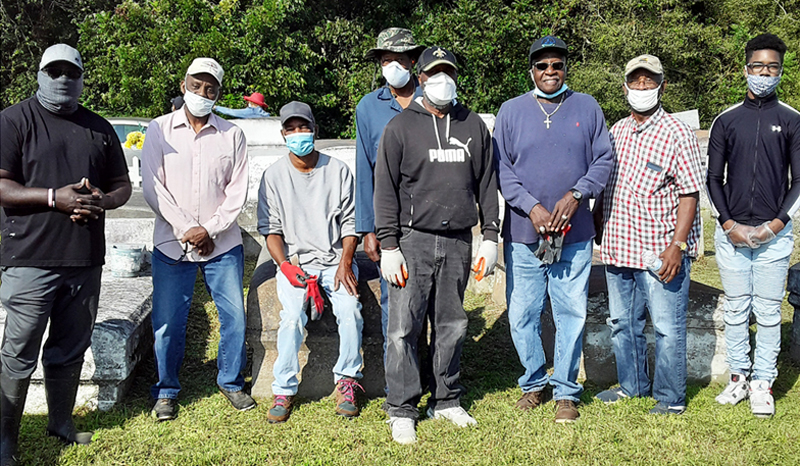 RESERVE — Segregation extended to the grave in a post-Civil War America, and the cemeteries in St. John the Baptist Parish were no exception.

When “white” cemeteries refused to serve African Americans or restricted burials to a certain section, black pastors accepted the responsibility of burying the dead. The Bethlehem Missionary Baptist Church Cemetery in Reserve became the final resting place for generations of local families.

The historical significance of the Bethlehem Cemetery has earned it a spot on the Louisiana Civil Rights Trail. However, time has not been kind to the oldest interments, many of which have broken headstones or are sinking into the ground.

“The Bethlehem Cemetery History & interment Guide” provides the cemetery history and historic records of more than 400 interments dating from January 1926 to July 2020. A $50 donation for each book will contribute to new fencing, restored headstones, needed repairs to burial vaults and the purchase of supplies for ongoing maintenance of the cemetery grounds.

Vadie Nelson, creator of the “The Bethlehem Cemetery History & interment Guide,” said the book is a priceless resource that will also allow descendants to remember, honor and visit with their loved ones without visiting the physical site.

“It really chronicles the people that lived here, that worked here, that raised their families,” Nelson said. “That helped to build St. John Parish. We want them to be remembered.”

Bethlehem Missionary Baptist Church was founded in 1865 by the Rev. Dennis Borrell immediately after the Civil War. Born in 1832, Borrell was a former slave who worked on the Angelina Plantation grounds in Mount Airy. During the Reconstruction Era, Borrell went on to become a state representative for St. Charles and St. John the Baptist parishes. He was also elected to help re-write the Constitution as Louisiana rejoined the Union.

More than 150 years after the founding of the church, Bethlehem Missionary maintains a focus on protecting Civil Rights throughout St. John the Baptist and Louisiana. Pastor Forell Bering recently celebrated 32 years with Bethlehem Missionary, and he keeps the founding families’ spirits alive by hosting an annual Martin Luther King Jr. Day march and rally.

Nelson’s story and “The Bethlehem Cemetery History & interment Guide” are reminders that the era after the Civil War is not so distant history. Growing up, Nelson knew little about her family, having only met her grandparents on her mother’s side.

Through genealogical research, she came to learn that her father was raised by his grandparents, both of whom were born into slavery. Nelson’s great grandparents laid claim to acres of farmland on a plantation abandoned after the Civil War.

Learning about her family inspired Nelson to help others research their genealogy. “The Bethlehem Cemetery History & interment Guide” became a four-month quarantine project after one of her fellow church members asked for help laying out a plot map of the cemetery.

“I had never put my foot in the cemetery until March, so when we went back there for the first time, where I was standing, there was about 15 vaults that did not have a name on them,” Nelson said.

“The idea of the book came from that, but the bigger problem was that the cemetery needed a lot of work. Over the years, Bethlehem was responsible for taking care of the grounds. The families are responsible for the vaults. In the old section, some of the vaults are 80, 90 years old, and they need serious repair. Without names, don’t know who the families are. Now the church has to step up and take care of our own.”

The interment guide contains generations of families and members of the early church, including but not limited to the Nicholson, Washington, Cook, Burfict, Florian, Weston, Smith, Frank and Dorsey families.

Only documented burials are included in the book using information gathered from headstone inscriptions, newspaper obituaries, burial documents, military records and entries from the Historical Bethlehem Church Ledger. Each interment includes the name of the deceased and the date of birth/death in addition to names of the individual’s spouse and parents, if known. Photos and obituaries are included in the book.

All military headstones have a special designation in the book. Nelson said the cemetery holds at least nine World War I veterans and 22 World War II veterans who fought valiantly for their country.

While the book contains 415 documented burials, it is estimated that the total number of people buried is closer to 500. According to Nelson, documented burials of African Americans in the 1800s and early 1900s were very rare, considering death certificates for African Americans did not become mandatory until 1916. Newspaper obituaries for black citizens were rarely printed prior to the 1960s.

Clean-up events were organized earlier this month to take the first steps toward beautifying the Bethlehem Cemetery grounds. 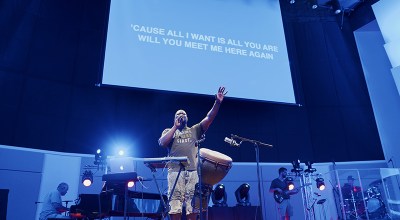 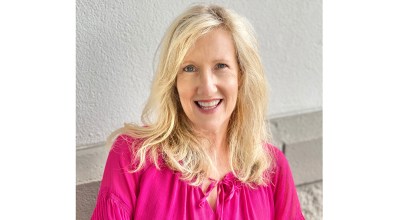 Michel: Getting close enough for help with pain 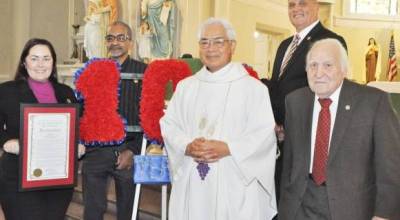