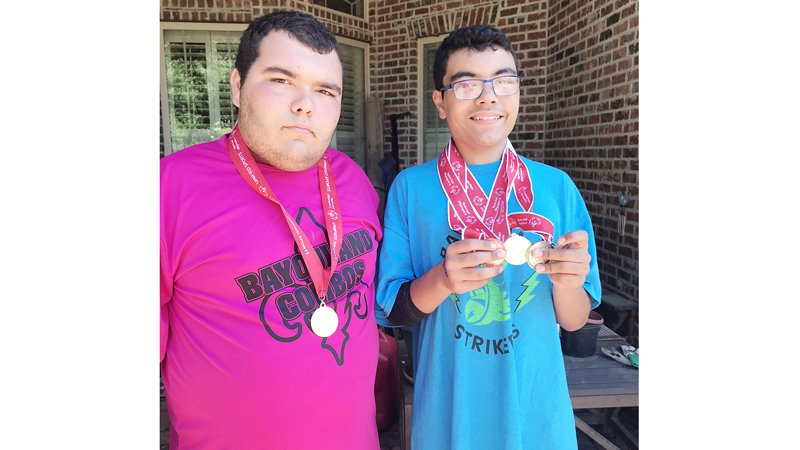 Logan and Jude Boynton go for the gold with the Bayouland Special Olympics.

GARYVILLE — Since 1968, Special Olympics has helped children and adults with intellectual disabilities develop courage, stay active and learn what it means to be part of a team.

For Summer Stevenson of Garyville, Special Olympics is a family affair. Her older son has thrived from good-spirited competition, and her younger son has finally come out of his shell. She now coaches softball for the Bayouland Region, impacting the lives of beautiful and uniquely talented individuals from the River Parishes and beyond.

Older son Logan Boynton joined Special Olympics more than a decade ago at just 8 years old. A friend from church invited him to a baseball practice that changed his life.

“Logan was instantly in love,” Stevenson said. “He became the second baseman. He was the youngest on the team and it was so cute because the ages ranged from 8years old to individuals in their 40s and 50s. That was his team, his family.”

Each year, Logan looks forward to baseball in the fall and track and field in the summertime. While COVID-19 put Special Olympics events on pause, Logan and his 15-year-old brother, Jude, have continued practicing in their backyard. 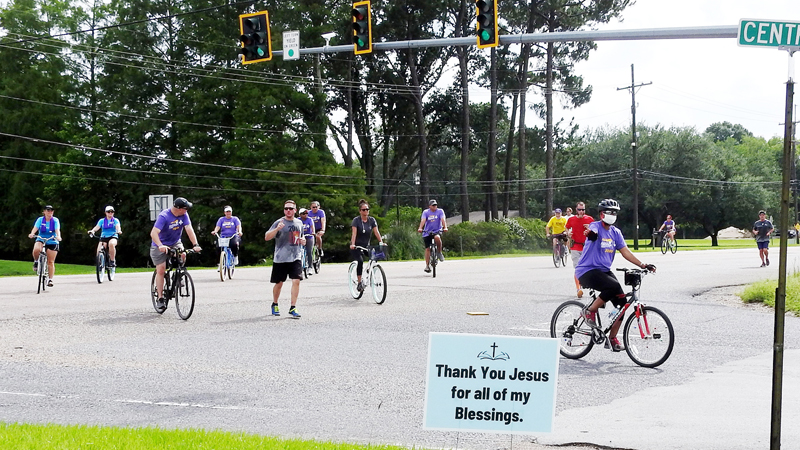 Representatives of the St. John Parish Sheriff’s Office raise funds for the Special Olympics with a Torch Run.

Logan will never forget the gold medal he won in ninth grade. The Angels were the baseball team to beat, and the challenge seemed almost insurmountable. Logan’s grandmother passed away that same year, and he promised her he would win the gold medal for her. When his team finally won against the Angels, it felt like a dream come true.

“Special Olympics has been around for over 50 years,” Logan said. “They have baseball, basketball, flag football, soccer, bowling and a whole bunch of other sports around the world, too. My favorite is baseball. I like cheering on the other teams that don’t get many gold medals, only silver or bronze.”

In addition to encouraging good health and exercise, Special Olympics introduces athletes to a support group that is second to none. Stevenson said it is rewarding to see unyielding compassion from athletes and their families.

“For my younger son, it’s helped him with his confidence level. He’s tried new things he would never do before,” Stevenson said. “When he was in track and field, he fell down a few times during his run, but he kept getting back up. Watching him get back up and watching other people cheer for him and not make fun of him; it was encouraging to see that support system. They have friends who they can depend on and rely on.”

Logan and Jude’s grandfather, Joe Nettles, said Special Olympics is a wonderful social activity for children who may not have access to traditional recreational events.

“A lot of these kids are quite handicapped. It gives them something to do,” Nettles said. “You can see it on their faces that they all look forward to it. They are excited. For some of these kids, it may be one of the few activities they are able to do.”

The local community has become part of that support system. Several officers with the St. John the Baptist Parish Sheriff’s Office participate in the annual Torch Run fundraiser for the Special Olympics in LaPlace and Reserve.

This year’s Torch Run was held on May 29. In the wake of the COVID-19 pandemic, the public was unable to join the fundraiser this year. Cpl. Darlene Cooper recognized the importance of the event and made sure it would take place despite the circumstances, albeit on a smaller scale. 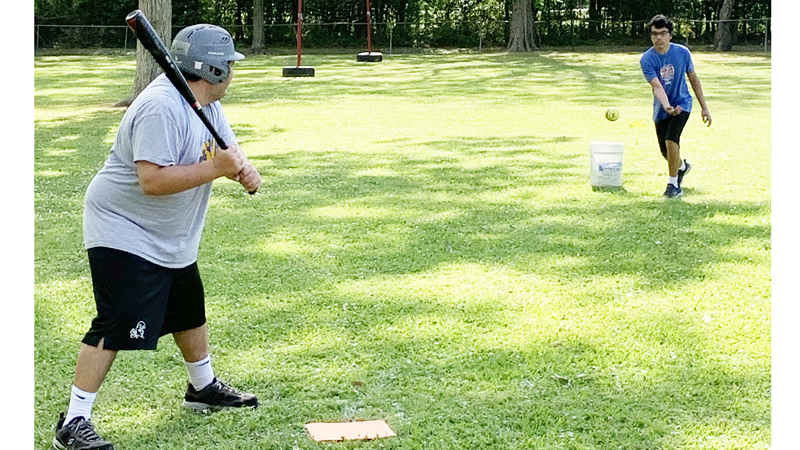 Logan And Jude Boynton practice baseball in the backyard during the COVID-19 pandemic.

She was pleased to see a group of officers come together to raise money and awareness this year. The Torch Run also saw support from community donors including Raising Canes, Louisiana Federal Credit Union, Justice of the Peace Greg Maurin and Richard Punch.

Stevenson said Special Olympics is geared toward unification. Unified sports joins people with and without intellectual disabilities on the same team.

“We encourage high school athletes to participate and come watch the events. Come be a unified partner,” Stevenson said. “That’s definitely something they (our athletes) look for. They love to have people watch them. It is the most encouraging thing when you see them running and they are so tickled. Some of them wave to the people in the stands.”

Stevenson said there is something for everybody in Special Olympics, and volunteers are welcome. For more information, please visit www.specialolympics.org.

Opening of competitions, fundraising events, practices, fitness programming and coaching will be re-evaluated after June 30.