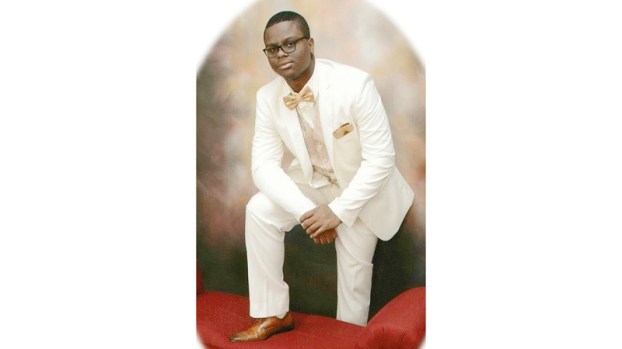 LAPLACE — Treyvon Jacory Johnson of LaPlace has a gift. With an instrument at his fingertips, he has the power to move audiences and leave his mark on the world.

Johnson is a proud 2020 graduate of Heritage School of Music and the Greater New Orleans Youth Orchestra. He resides in St. John the Baptist Parish with his grandparents, who nurtured his love of music from an early age.

By the time he was six months old, Johnson was in church, listening to his grandfather play the guitar. It was the beginning of a musical journey that has taken him across the country, reaching crowds from the French Quarter Festival in New Orleans to Carnegie Hall in New York City.

“I am 17 years old and have been blessed with a plethora of gifts in the music industry,” Johnson said. “Presently, I am a jazz pianist, and I also perform as a percussionist with the Greater New Orleans Youth Orchestra.”

Along the way, he has stayed humble, well mannered and thankful to those who have helped him reach for the stars.

“Treyvon has been so many places and done so many things,” said his grandmother, Janet Johnson. “He is so compassionate. You couldn’t ask for a better child. We have been blessed that God allowed Treyvon to be in our life.”

Earlier this year, Johnson was preparing to travel to Paris, France, with the New Orleans Youth Orchestra. While the coronavirus pandemic has put that trip on hold, Johnson is looking forward to attending college to study music education and computer science.

He said his upbringing and educational background has been the foundation of his musical talent. Johnson has attended Our Lady of Grace Catholic School, St. Joan of Arc Catholic School and West St. John High School in St. John Parish. James R. Miller III, band director at St. Joan of Arc, was especially instrumental to Johnson’s musical career.

During his time with the Greater New Orleans Youth Orchestra, he participated in the GNOYO 20th anniversary tour to Carnegie Hall.

Johnson has also made an impact on a local level by participating in the LSU Performing Arts Bach Contest and the Louisiana Multi-District Honors Orchestra. He’s been featured on WWL Channel 4 and Fox 8.

“I am blessed to have performed for the Navy, Air Force, and Marines for Louisiana CARE in 2017 in St. John the Baptist Parish,” Johnson said.

Johnson’s musical aptitude gave him a calling to minister through music at more than 16 churches and faith-based organizations. In doing so, he has stepped into a mentorship role. Through the Revelation Knowledge Music Ministry in LaPlace, Johnson trains his students to utilize and strengthen their natural talents through vocal performances, piano and percussion.

“As I transition from high school as an avid instrumentalist full of excitement and optimism, I would like to extend my gratitude to everyone who affected my life and poured into me,” Johnson said. “Thank you for all your love, support and prayers as I reach for the stars.”

RESERVE — The Historic St. John Theatre in Reserve found a new way to entertain the public after all spring... read more