Ridge Turner, 21, of Edgard was arrested April 3 in connection to a shooting that left three men injured. 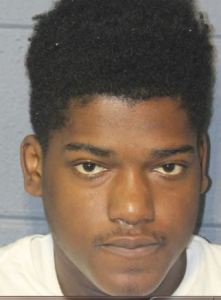 On Friday, April 3, about 5:13 P.M., deputies responded to a convenience store in Edgard in reference to a shooting.

Upon arrival, deputies observed three male subjects with gunshots wounds outside the store. Emergency medical services arrived on scene and transported the victims to a New Orleans hospital for treatment.

Through investigation, officers learned the men were standing outside a vehicle when Turner approached the vehicle and began shooting at the men. He then fled the scene in a vehicle. Upon further investigation, officers learned an argument the previous day between Turner and one of the victims led to the shooting. Detectives arrested Turner at his residence. Turner was booked with three counts of attempted second degree murder. He is being held in custody in lieu of a

LAPLACE — As of the Monday update from the Louisiana Department of Health, there have been 366 reported cases of... read more