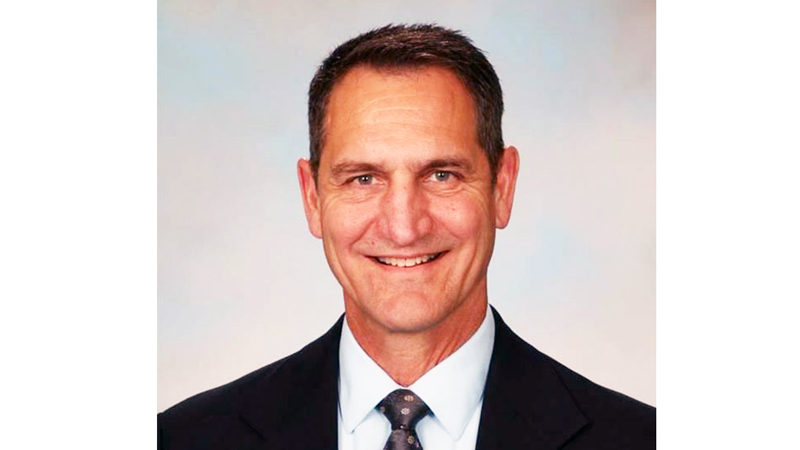 LAPLACE – Retirement is supposed to be the time to give up hard work and stress, to kick back and relax. Have some fun.

But for some people, retirement seems to be the time to get back to work at something you love.

St. Charles Catholic is the latest school to lure a couple of recently retired educators off their rocking chairs and back into the athletic arena.

Jeff Montz, who spent five years as principal of St. Joan of Arc Catholic School in LaPlace and “retired” in the summer of 2019, has taken over the Comets boys basketball team. He replaces Kemper Todd, who spent five seasons as coach at the school.

It’s a role Montz is already very familiar with, having spent several seasons as either the boys or girls basketball coach at the school in the early 2000s.

Coach Jeff Montz is pictured at far right with the St. Charles Catholic boy’s basketball team. His son, Christian Montz, is a senior on the team.

“I realized when I got back in it, it had been 13 years since I’d done it,” Montz said. “I even let my CDL (commercial driver’s license) for the bus lapse. Last year it kind of came up and I said, ‘Well, I’m not going to be doing that anymore.’ So I had to go through all that to get it back. It’s been a weird journey. I told the kids, I’m rusty. I’m getting back in the groove.”

But it’s one he seems happy to be on.

“It’s exciting,” he said. “I’m enjoying being back. I love being in the gym. I love basketball.”

Montz also is enjoying coaching his son, Christian, through his senior season. Christian is one of three seniors the Comets are leaning heavily on for their court experience. Owen Bourgeois, who is strong on both sides of the court, and scoring threat Tyler Delauneville are the other top seniors. The team is still transitioning from its very successful football season; the Comets finished as Division III state runner-up on Dec. 8.

“Since the football players have been back we’ve gone 5-3 against a couple of teams that, perhaps later on, we’d have matched up even better against,” Montz said. “Right now we’re beating those we’re supposed to and we’re trying to work on getting ourselves to be as good as we can be.”

The Comets were scheduled to travel to play in the Teurlings Catholic Tournament Thursday through Saturday before returning home for a varsity game against Clark on Tuesday.

Montz said it definitely was a leap of faith when he resigned from his position at St. Joan of Arc.

“I knew I was done with education administration, but I really didn’t know what was next,” the 60-year-old Montz said. “I never had done this, just said, ‘OK. I’m either going to retire or see what happens.’ I filled out resumes, spoke to another high school and things led to another and here I am.”

Joining Montz on the court as assistant coach is another recent retiree, Clarence Dupepe, who spent 30 years as a teacher, coach and athletic director at Destrehan High School. He and Montz went to college together and just happened to run into each other at a Quarterback Club meeting.

“He’s a tremendous assistant,” Montz said. “He’s got so much together it makes my job easier. He’s been a blessing.”

There is a new old face on the girls’ side of the basketball court as well. Erin Bacas Remondet has returned to her alma mater to coach the Lady Comets with Dawn Gaubert. A former star player for the Comets, she and her twin sister, Erica (now Harris) played for Montz at St. Charles then went on to solid careers at Nicholls State University. Remondet previously spent seven seasons as the team’s coach in the early 2000s.

“Having coached her and Erica, they just love the game,” Montz said. “They’re like my daughters. I coached girls for six years – yeah, we had a great season with those two.”