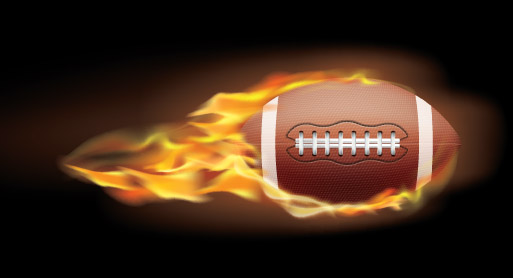 For the Rams, of course the ultimate goal is to get to the Louisiana Superdome, where the Class 1A state champion will be crowned on Dec. 14. But the first goal was to earn the No. 1 seed in the Class 1A bracket. That mission was accomplished.

“It was the goal,” Rams coach Brandon Walters said. “It was a little planning and scheduling and fighting, but yeah. We definitely saw ourselves as the No. 1 seed. That’s what we were trying to shoot for in the off season.”

Despite an LHSAA ruling which took two victories from East St. John, the Wildcats earned the No. 24 seed and will travel to No. 9 Central of Baton Rouge on Friday. Off the field, the Wildcats have worked under the shadow of the impending ruling, but on the field, the team has taken care of business, winning five consecutive games — two in miraculous fashion. East St. John beat Thibodaux 21-14 in overtime last week. On Nov. 1 they beat Terrebonne with a last-second field goal.

Then the Wildcats got a little help. Destrehan defeated Hahnville Friday, 23-20, to give East St. John (6-4) a share of the District 7-5A championship.

“It’s just amazing,” Brown said. “We had some unfortunate things happen at the beginning of the year — nobody’s fault, just an honest mistake — and we’ve been able to bounce back.  We’ve been in playoff mode all year. It’s been in our minds that we had to win anyway. We came through a lot just to get to this point. We’re excited just to still be playing football.”

For the two local private or Select Schools, Riverside and St. Charles, there is no goal of reaching the Superdome this year. That’s because no one knows yet where the Select Schools championships will be played. They could be played at the respective schools if they get there.

Riverside Academy (3-7) earned the No. 14 seed in Division IV and will travel to No. 3 Ascension Catholic this week. It’s a rematch of the week 2 game between the two, which Ascension Catholic won 35-22. Rebels coach Kevin Dizer said his team got better as the season went along, proved by his team’s 36-35 win over Country Day, which helped ensure Riverside’s spot in the bracket.

St. Charles Catholic coach Frank Monica isn’t happy about that part. His team earned the No. 3 seed in the Division III bracket, which gives the Comets (9-1) a first-round bye. They will play the winner between No. 11 Northlake Christian and No. 6 Episcopal next week.

“Nobody likes the bye,” Monica said. “I think you lose a lot of sharpness. It gets you completely out of a routine. More importantly, the teams on the Select side are playing less games and that’s a loss of revenue at the gate. That’s a lot of money for a high school program. And the brackets are actually watered down to a certain extent. It’s not (No.) 1 playing (No.) 32 anymore. I hate to use the analogy but, look at the Saints. They came off the bye and look what happened.” 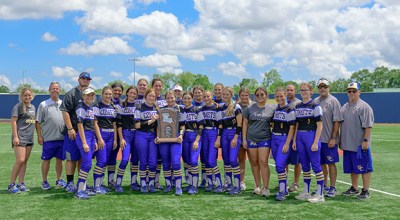