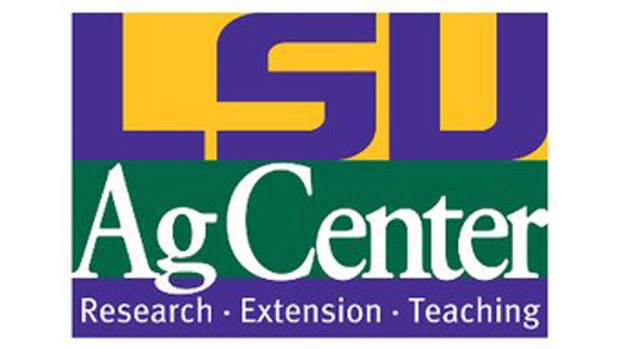 Some early satsuma varieties are showing orange already but mid-October marks the beginning of citrus season for most. ‘Brown’s Select’ should be ready this month, followed by ‘Owari,’ the two constituting probably our two most common varieties of surely our most common backyard species. There are a few roadside stands in the River Parishes but lots of folks prefer to grow their own fresh in the yard.

Despite the presence of fruit you may see a last flush of growth on your trees. There’s not much maintenance to do on citrus, especially in the fall. But take a look at that flush growth and check for bugs. There you may find orange dog caterpillars, white flies, aphids, and NOW… Asian Citrus Pysllid (ACP; pronounced “sill-id”)!

The adult ACP is unmistakable. It’s an elongated winged insect, 2-3 mm in length and feeding at a 45 degree angle from the leaf

That’s right, folks. The invasive species you’ve all been waiting for is finally here in all three River Parishes. A few specimens had been found in St. James and St. Charles Parishes in recent years. Last week I found some in St. John and had it confirmed by Louisiana Department of Agriculture and Forestry (LDAF). So now we’re all on the map. Congratulations.

So what’s this new(ish) invasive species, and why should I care? Well it’s a small thing; an adult’s no bigger than a grain of rice. It feeds on citrus leaves and stems, the nymphs exuding a thin string of wax that can be more visible than the insect. Sucking the juice out of plant cells can be damaging but that’s not the worst part. The real danger is that it’s the only vector for a serious citrus disease (also from Asia) called “huanglongbing” or “citrus greening”.

“Citrus greening” sounds innocuous enough but it is a fatal disease for citrus. (Humans are not affected.) Signs include asymmetrical discoloration / yellowing of leaves. Affected fruit will be misshapen and will not ripen, first on some sections then the whole fruit. Since there is no cure and the fruit is inedible, it’s best to cut the tree down as soon as you see symptoms. Exacerbating the spread is the fact that trees are commonly affected several years before symptoms appear. That whole time, it’s spreading the disease via… you guessed it – the ACP’s!

Citrus greening does not seem to have reached the River Parishes yet. It’s been decimating Florida’s citrus industry since 2005. It’s also found in Texas and California. In Louisiana, it’s been confirmed in Jefferson, Orleans, St. Bernard, Plaquemines, and Washington Parishes. So it’s knocking on our door but industry quarantines have kept it relatively contained for now.

Since the disease is fatal, the only defense we have is to minimize our trees’ feeding on by ACP’s. Scouting is key, especially now since any systemic insecticides you applied earlier in the season should be gone.

The adult ACP is unmistakable. It’s an elongated winged insect, 2-3 mm in length and feeding at a 45 degree angle from the leaf. But they do fly and you have a better chance of spotting the nymphs. They’re 1-2 mm long and somewhat oval, flat, and greenish-yellow. A key identifying characteristic is that nymphs have two red eyes each. You may see the wax “strings” first, as described above.

A parasitoid wasp from Pakistan has been released in LaPlace (Thanks, USDA!), intended to spread throughout our area. It’s called Tamarixia radiata, and its young feed on ACP’s. They are gnat-sized and do not sting.

If you do find this invasive pest, do not wait around for the wasp. They can be killed with the same things that kill aphids, such as malathion and ultra-light summer oil.

If you want to know more about gardening, landscaping, or anything else horticultural, contact the St. John, St. James, & St. Charles Parishes County Agent André Brock at abrock@agcenter.lsu.edu. Also, the LSU Ag Center’s website can be accessed at www.lsuagcenter.com with lots of user-friendly information, including this article.

2019 has been a historic year for the Port of South Louisiana. For more than 200 days, the Mississippi River... read more