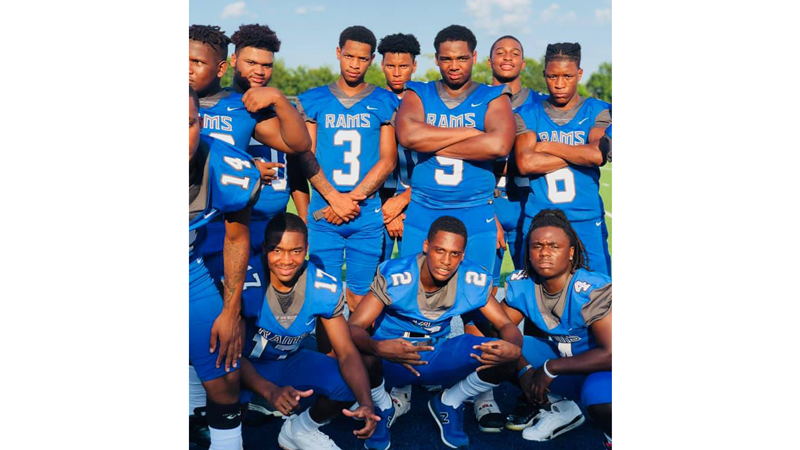 Brandon Walters goes into his 14th year as coach of the Rams with a roster full of senior players who have gone 29-14 the last three years. (Photo credit by Govanna Gaudia)

EDGARD – This is not a rebuilding year for the West St. John Rams football team.

Next year might be, but certainly not this year.Brandon Walters goes into his 14th year as coach of the Rams with a roster full of senior players who have gone 29-14 the last three years, with a quarterfinals appearance, a state championship win and a semifinals appearance under their belts.

“The sky is the limit for the 2019 Rams,” Walters wrote on his preseason questionnaire for the local media. “Hopefully we can keep everybody healthy. If we work hard, we believe we’ll be successful.”

Some have already penciled the Rams in the Class 1A winner’s spot.

Walters lost only two starters on offense and even the new guys got at least some playing time. And keep in mind that nearly all of the Rams starters play both ways. Of course, the Rams train starts with quarterback D’Andre Gaudia, a 6-foot, 180 pound senior, who is a 3-year starter. He passed for 1,702 yards and 13 touchdowns and rushed for 222 yards last season.

All of Gaudia’s wide receivers are seniors too, including Trenton Grow, a two-time All-State player, who plays both offense and defense and has several offers from Division I colleges. Wantrell Williams (5-11, 175, Sr.)  had 24 carries for 262 yards and three touchdowns, along with 32 tackles and three interceptions as a defensive back. Carrington Clark, who had 29 catches for 521 yards and five touchdowns, is another target. D’Kyri Jackson (5-9, 175, Sr.) didn’t have as many touches last year but will help carry the load this season.The Rams may be even stronger on defense as nine starters return, and that includes three sophomores.

“He’s a monster,” Walters said. “We definitely have a lot of maturity and experience.”

One of the main concerns for West St. John has always been conditioning. Obviously, at a small school, players are going to get lots of playing time and are expected to work both sides of the ball.

Walters said he and his staff spend a lot of time getting his players ready. He is well-known for his lockdown football camp, where the players spend a few days and nights together concentrating on nothing but football. The players work hard in the weight room, too.

“We talk about it a lot,” Walters said. “We like to run as much as the track team. Hopefully we can pull a few 4 x 100 relay teams out and they can compete against each other. We joke about it but, we run for fun. We run and run and run and run.”