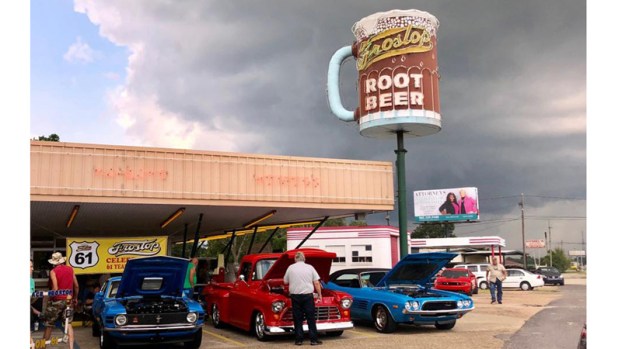 Frostop has welcomed families at 411 E. Airline Highway for 61 years.

Visible to motorists by its iconic spinning mug, LaPlace Frostop was built by Morris Terry in 1958. Terry initially saw it as a business investment and leased the restaurant for 15 years.

His daughter, Evelyn, and her husband Jimmy Toler took over the business in 1973, and their daughter, Terry, joined the family establishment after graduating from Louisiana State University in 1993.

Even through two revocations, LaPlace Frostop has kept its familiar drive-in atmosphere, presenting a living link to the good old days.

While about a dozen Frostop franchises remain open around the country, each is independently owned and operated, meaning no restaurant in the world provides the same food and dining experience as LaPlace Frostop.

The location has appeared in film and television and draws in visitors from near and far, according to the operating family.

“The more times have changed, the more people want places like Frostop,” Terry Toler told L’OBSERVATEUR when the business celebrated 60 years. “They’re starting to appreciate it more because they like the history behind it. This kind of family business is hard to find anywhere else.”

Last week, the LaPlace Frostop family gave away memorabilia leading up to the 61st anniversary.

BATON ROUGE – LSU alumnus and Chair of the Board of Supervisors James Williams delivered the keynote address, and 609... read more