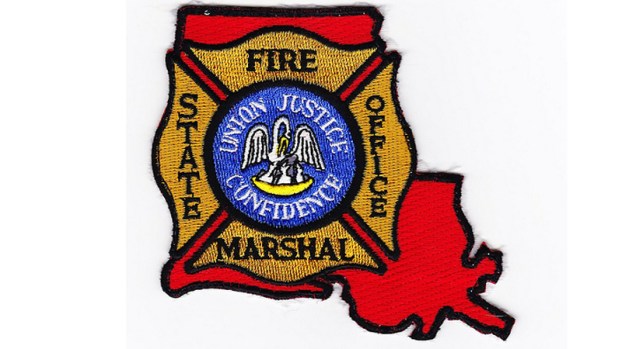 ST. CHARLES PARISH- A Luling woman was arrested for setting fire to her apartment unit with her children inside. It also affected other occupied units.

Cassandra Jones, 39, was booked into the St. Charles Parish Jail on August 1 for one count of Aggravated Arson.

In the morning hours of July 23, the Luling Fire Department contacted the State Fire Marshal’s Office (SFM) to help determine the origin and cause the fire located in the 100 block of Lakewood Drive.

The damage was limited to extensive smoke and soot. SFM deputies learned the manager of the Parc Lakewood Apartments,   an area firefighter, heard screaming coming from the unit above the complex office and found two children yelling for help from the balcony with smoke coming from the window behind them. The firefighter was able to assist four children in total, ranging in age from 6 years old to 14 years old, out of the unit without injury.

Two tenants of a nearby unit also escaped the danger without harm. Jones, the mother of the children, was located in the affected unit and had attempted to prevent the children’s rescue. She was detained by the St. Charles Parish Sheriff’s Office and transported to a nearby hospital for evaluation. After an assessment of it was determined there were multiple areas of origin inside the unit, which included several charred items, and the fire was deemed to have been intentionally set.  The fire department also noted having been called to this same unit for a minor fire call two days prior.

Witness statements and evidence identified Jones as a suspect in the case and a warrant was issued for her arrest.

Jones was taken into custody on August 1.