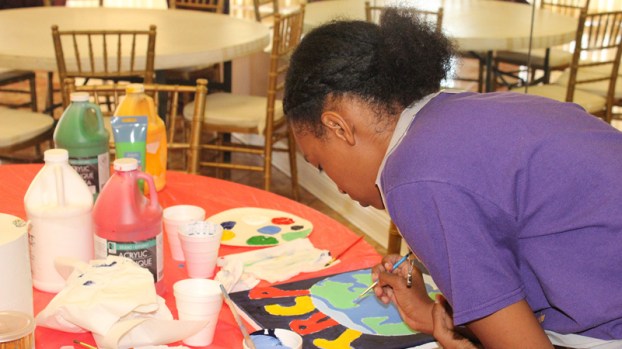 The Right Choice Project gives back with youth initiative

LAPLACE — When Sha’Tara Sanders came to work for The Right Choice Project at the end of May, she had a vision to give the youth of the community the resources and support needed to build a new generation of capable leaders.

She recently guided a group of young people ages 16 to 22 through a seven-week summer camp that used relatable activities to teach leadership, finance, health and career essentials.

It was a success, but Sanders said her work isn’t done. New inspiration to continue the effort in local middle and high schools was ignited this week with the passing of her nephew, Kyron Perrilloux.

“When I got hired, he (Kyron) was my focal point during that interview,” Sanders said. “The violence in the community is because the youth don’t have anything to do. There’s really no one educating them and showing them a different way out. He’s my motivation. I feel like I let him down a little bit. This is what I set out to do, to help the youth, and I need to do more.”

Kyron’s girlfriend was part of the Youth Initiative summer camp, according to Sanders. Approximately nine campers attended faithfully each week.

Every week was guided by a different theme, starting with leadership.

“We had community members come in and talk,” Sanders said. “We had members of a sorority and a councilman come and visit.”

The second week focused on finances and budgeting, and Sanders did her best to make the lessons relatable to campers.

The group took field trips to Dave and Busters, Acadiana Cinemas and, as a special final week treat, an excursion to Gulf Islands Water Park in Mississippi.

Through a grant from AIDS United, Sanders and The Right Choice Project will continue the outreach at schools in St. John the Baptist, St. Charles and St. James parishes.

HIV and safe sex awareness will be discussed among a number of leadership topics, according to Sanders. She said the program will kick off at the beginning of the school year in an after school setting.

Other events will be planned at The Right Choice Project office, located at 506 E. Airline Highway Suite A.

“We did get a youth grant, and it’s for us to train the youth as leaders because our community does not have enough youth who want to lead,” Sanders said. “This is mainly to promote youth empowerment. We look forward to reaching out and influencing a lot of kids. We’re trying to give them something positive to look forward to.”

The Right Choice Project is also advocating for the youth with a booth at Sunday’s Stop the Violence Back to School Summer Jam.

Hosted by Tremond Alvis of LaPlace with the intent of building a village of support for the youth, the event will be held from 1 to 9 p.m. at REGALA Park in Reserve.