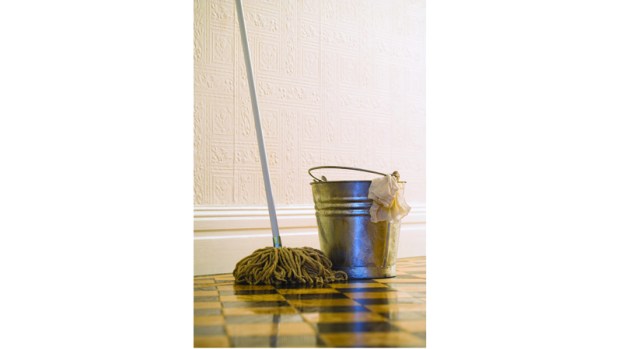 LAPLACE — Alleged threats to at least one St. John the Baptist Parish employee led President Natalie Robottom to temporarily hire a separate cleaning company to service the administrative offices of the new government complex in Laplace.

However, effective Aug. 1, Robottom indicated that Star Maintenance took over the responsibility of cleaning the entire building.

The decision by Robottom, who said she was not comfortable with having Star clean the administrative suite of offices located on the second floor of the two-story building, to use All the Time on a temporary basis drew the ire of several council members during a Parish Council meeting July 23.

“How did (a separate contract) become possible when the contract was given (to Star) for service for the entire building?” Councilman Lennix Madere asked.

For Robottom, the answer was simple. She reminded the council that the contract with Star, which was originally $120,000 per year higher than the bid of All the Time Janitorial, was awarded after months of heated debate. She recalled how during one meeting this past spring, former long-time Councilman Richard “Dale” Wolfe, the brother of Star owner Henry Wolfe, was escorted out of the building by a sheriff’s deputy because of his behavior.

“We have since received a couple of threats,” Robottom said.

In a subsequent email to L’OBSERVATEUR on July 30, Robottom said calls were made to three members of her administrative staff allegedly by one of the principals of the company threatening to “shut the mouth” of one parish employee for speaking negatively about Star. She said the threat was immediately shared with the council but “there was no response.”

The parish president said in the email she often works late at night, as do her staff members, and based on the perceived behavior of Star’s representatives during the meetings “none of us were comfortable being alone with them in our office.”

She added that the sheriff’s office is aware of the threat.

While Robottom said she would be employing All the Time until the end of the year, a subsequent email to L’OBSERVATEUR indicated tensions have been resolved.

Additionally Robottom said she met with Star officials and no other problems have occurred, so effective Aug. 1, Star was still cleaning the entire building.

She said Henry Wolfe is often at the building and “their employees are cordial and professional. Moving forward we see no issue with them assuming the rest of the building.”

Attempts to reach Star were unsuccessful.

Madere said he never felt threatened during the meetings.

During the July 23 meeting, there was also a discussion as to whether the parish was paying twice to have the building cleaned. But during that meeting and subsequent email, Robottom explained the parish was not duplicating services. Rather, she explained that not long after Star’s contract was approved, one of the owners asked for a slight increase in the monthly billing to allow for the hiring of an additional person.

Robottom said instead of doing that, Star was relieved of cleaning a portion of the second floor, which provided additional compensation for the work Star was performing. She added that no money was deducted from Star’s contract for omitting this area, as it was negotiated to satisfy the company request for additional money without increasing the line item.

Beginning in May and lasting until the end of July, Robottom used All the Time Janitorial to clean the administrative offices at a monthly cost of $1,525.