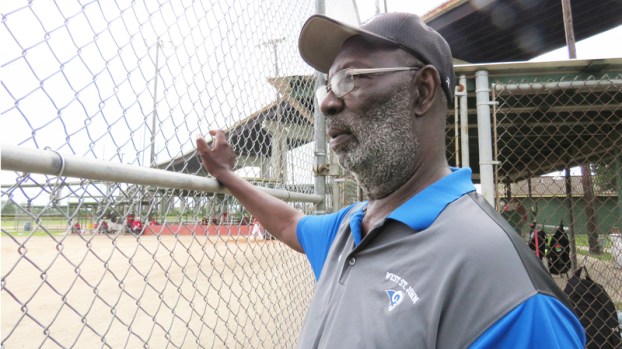 As Lester Smith retires from coaching, he leaves behind a multitude of memories for all the athletes he has worked with throughout his career.

Lester Smith retires from head coach role: “Our goal was always to take care of our kids”

After 42 years as a coach, 38 of those spent at West St. John High School, Lester Smith has decided he’s finally done enough.

He came to the L’OBSERVATEUR office this week to announce his decision – even if he hasn’t yet told his players, or his bosses, or even his wife Janice.

That doesn’t mean Smith, who will turn 74 in December, is contemplating a career change. He still will teach physical education as he has always done. He also will continue his side gigs of umpiring baseball and refereeing football and basketball. He also will help with his brother’s t-shirt shop.

But, he said he’s ready to walk away from the West St. John basketball courts, which have served as his second home for four decades. He gave up coaching football a few years ago, but still does the team statistics.

“I decided to take my Superman outfit off,” he said. “It was a hard decision to leave the girls this year. Every year I’d say this is it and then the next year somebody would come in and say, ‘Coach, you can’t leave until I’m done.’ It was a point that, you’d be there forever and ever.”

Smith often joked that he would walk out the gym with Maya Trench, his former star player who scored more than 1,800 points in five years as a starter. She’s now breaking records at Xavier University in New Orleans.

“He’s been saying that for years,” Trench said. “He’s an awesome guy. He’s had a great career. It’s time for him to enjoy himself. He’s a great guy on and off the court.”

Deja Feist, another former player, said she will always remember how Smith took care of his players, often stopping on the way home from away games to feed his girls, paying out of his own pocket.

“It’s a shock,” Feist said. “He’s been coaching so long. He’s leaving behind a bunch of memories.”

Smith, a native of Edgard, started his teaching career in 1970, returning to his hometown after graduating from Southern University. He coached his first team of eighth grade boys in 1974 at the old Edgard Elementary School.

He became the girls basketball coach in the late 1980s, leading the Lady Rams to more district championships than he can count, many playoff runs and one state runner-up finish in 2013. His 2019 team – apparently his last – finished 31-10, losing in the quarterfinals to KIPP Booker T. Washington 61-50.

“We probably had one year that we went like 12-18, but other than that we were always successful,” he said.

But he has no idea of his actual career records.

“I’m not into that,” he said. “It’s not important to me. What is important is not about wins and losses. The important thing was I was able to touch so many lives at West St. John. Our goal was always to take care of our kids. And their goal was always, you never know who’s watching in the stands so always do your best. I think we’ve done that.”