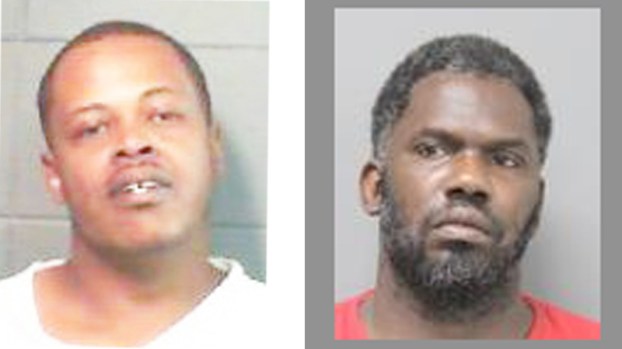 Two of the nine federal indictments discussed were for St. John the Baptist Parish men.

Andrew Anderson, 38, of LaPlace was charged in a three-count indictment by a federal grand jury for drug and firearm violations.

According to court records, on May 22, Drug Enforcement Administration agents and St. John the Baptist Parish deputies executed a federal search warrant at Anderson’s residence in LaPlace.

During the search, agents found one AK-47, and three handguns, all of which were fully loaded. Agents also located multiple plastic bags of substances suspected to be crack cocaine and heroin, which were packaged for distribution.

In count one, Anderson is charged with possession with the intent to distribute a quantity of a mixture or substance containing a quantity of heroin, according to U.S. Attorney Peter G. Strasser.

If convicted of count one, Anderson faces a maximum sentence 20 years, a fine up to $250,000 and a period of supervised release not less than three years.

In count two, Anderson is charged with possession of firearms in furtherance of a drug trafficking offense.

A conviction would result in a mandatory minimum jail sentence of five years, a fine up to $250,000 and a period of supervised release up to five years.

In count three, Anderson is charged with being a convicted felon in possession of a firearm.  The charge carries a maximum sentence of 10 years and a fine of up to $250,000.

Strasser praised the work of the Drug Enforcement Administration, the Bureau of Alcohol, Tobacco, Firearms and Explosives, and the St. John Parish Sheriff’s Office in investigating this matter.

Assistant United States Attorney Brittany L. Reed is in charge of the prosecution.

Michael Lewis, 33, of Edgard was charged in a one-count indictment of being a convicted felon in possession of a firearm, according to Strasser.

If convicted, Lewis faces a maximum sentence of 10 years imprisonment, a fine up to $250,000.00 and a period of supervised release up to three years.

Assistant United States Attorney Maurice Landrieu is in charge of the prosecution.

GARYVILLE – Since its inception in 2014, Perry’s Posse has helped nearly 500 cancer patients get through the worst time... read more